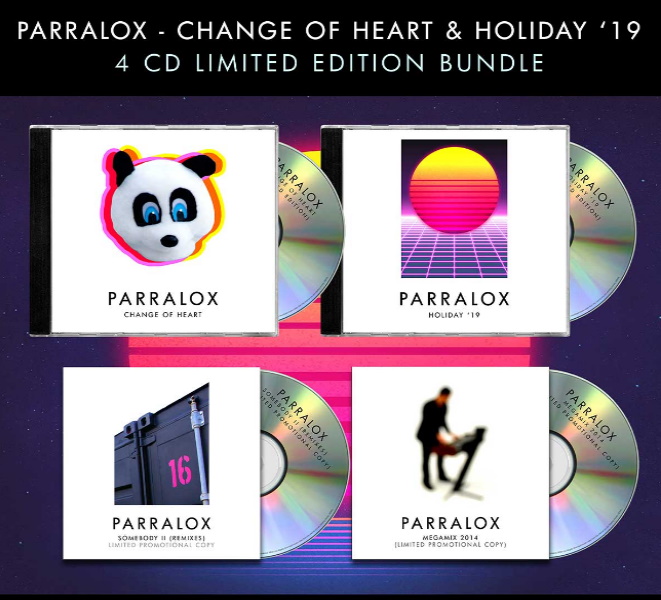 Last year Parralox released the 3rd and final single from the Subculture album called "Change of Heart" which included some amazing remixes by Italoconnection and DMT Berzerk. Then in November 2019 they released "Holiday '19", a seasonal Album with synthwave / retrowave cover versions of old classics by legendary artists including Ramones, Depeche Mode, Propaganda, The Human League and more.

This "Holiday ´19 / Change of Heart" release comes as a "Super Deluxe Fan Bundle" which features the following releases and some unreleased mixes (Marc Almond anyone?) and is strictly limited to 150 copies worldwide.

This Limited Edition bundle can be ordered until 12.01.2020 And everybody who orders the "Holiday ´19 / Change Of Heart (Super Deluxe Fan Bundle)" will get their names printed in the booklets of both official CD releases!

Please note that this deal is about to expire. Hurry before it expire! Click here to be taken to where you can make your purchase.