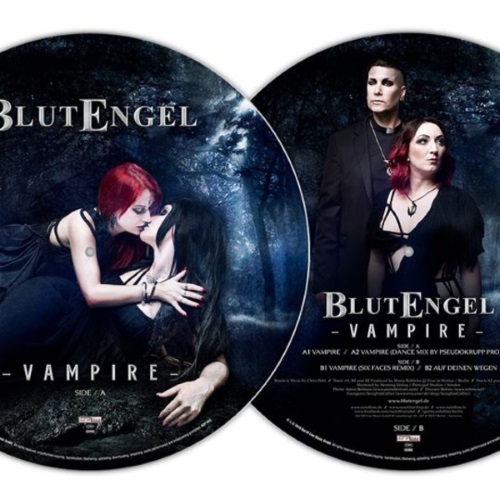 Blutengel are on the hunt, and the hunt promises to be a victory. Because the band concentrateson its strengths for „Vampire“ to create a new hit and a potential classic.

The second single off the upcoming album „Un:Gott“ presents a song with a single-start chorus in a bombastic arrangement. In the tradition of songs such as „Black“ or „You Walk Away“ „Vampire“ focusses on dancability and catchiness so Blutengel fans get what they always loved about the band. And as if that would not be enough, there is another unreleased bittersweet track called „Auf deinen Wegen“ and two remixes by Pseudokrupp Project and Six Faces.