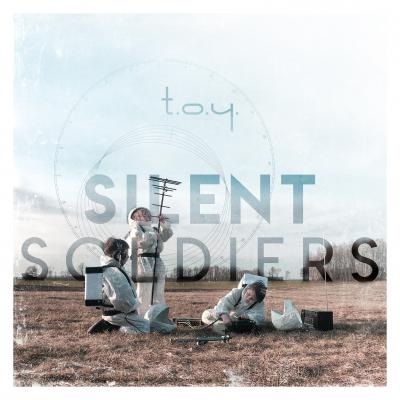 Limited and hand-numbered to 500 copies worldwide!

The firse release on Progress Productions. Limited to 500 copies worldwide all handnumered. "Silent Soldiers“ is a typical pop song ranging between Depeche Mode, Faithless and White Lies. It is not surprising that „Faithless“ drummer Andy Treacey promised his collaboration after confessing his love for the band on Instagram. Initially "Silent Soldiers“ was meant to be released as a single two years after the Comeback Album "Pain is Love“. However, Torny Gottberg, label boss of Progress Productions and long-term friend of the band, suggested to release "Silent Soldiers“ as a limited edition two track CD. T.O.Y. were so taken by the idea, that the band locked themselves into the studio without further ado to record "Fragile“ as a second exclusive track. The soundtrack of the upcoming summer is thus a fact – and the waiting time is perfectly bridged for the upcoming T.O.Y. album.

The German electro/synthpop act was formerly known as Evil’s Toy until 2000. T.O.Y. stands for Trademark Of Youth.

Silent Soldiers (Limited Edition) by T.O.Y. can be yours for only €6,99 (not including shipping, roughly $7.84 USD). By clicking here you will be taken to the page on the official Out Of Line shop page to make your purchase.