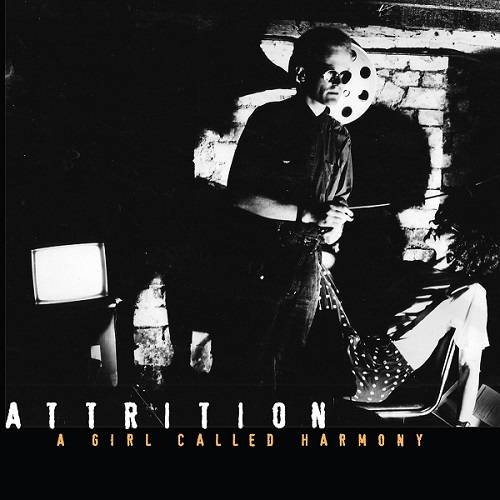 "A Girl Called Harmony was released on the Tricky business album in 1991. "

"Certainly our most "Gothic" and possibly our most popular song, although never released as a single at the time it appeared on many compilations around the globe. "

"I recently rediscovered the original 4 track demo portastudio recording, which i have mixed and mastered for you here... "

"Coincidentally i also received the last remaining cassette promo singles for A Girl Called Harmony c/w I am Eternity - classical and electronica versions (a promotional give away on Projekt records from 1997).... they are here too, together with the original demo for that song from 1987..."

You can hear all the tracks from this special Attrition release on the Bandcamp player below. The player also has an option where you can purchase a copy of this special release for £1.99.