Back From Eternity by Wolfgang Gsell 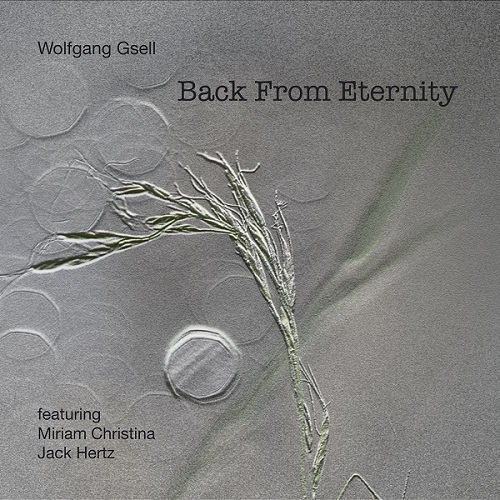 Wolfgang Gsell continues his voyage of life and sharing it with his keen skills with the camera and Ambient music which present a calming peace to his fans. It is this voyage that has made him release countless albums and work with a wide variety of musicians in making impressive music creations.

Back From Eternity is Wolfgang's latest release that can be found on the Bandcamp player below. In this release he has brought in the artistic skills of Miriam Christina and Jack Hertz. This latest album offers a melody journey through Wolfgang's talents. Miriam Christina lends her efforts into the song Goodbye and Jack Hertz is featured in the song, Back From Eternity.

As with every album by Wolfgang Gsell, this one gives a tranquility and a purity in its creativity that show the depth of love that Wolfgang truly has in the music that he makes. Play the Bandcamp player below and experience this creation by one of Germany's gifted Ambient musicians. If you would like to purchase this album it is only €2,00 (about $2.60 USD) and can be purchased from the playber below.