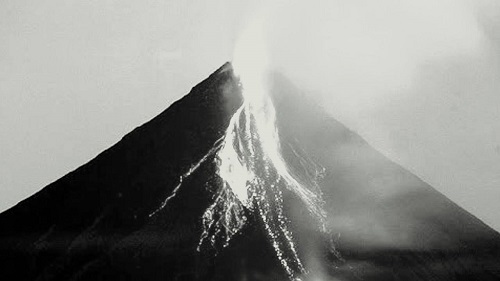 Seraph working in conjunction with Triple Blvk Dvrkness bring us two different flavors of their song Volcano. This version, Ley Lines, brings a distinct style that showcases the vocals of Seraph in a very unique style of music that will leave any listener impressed. The song fuses elements that resemble Collide, A Perfect Circle, and aspects of David bowie's Industrial phase of his career. It is this combination that has been melded into on impressive song that shows the level of skill and mastery of these two when they work together.

Rather than delving too far into the elements of Volcano (Ley Lines), the best thing is to start the player bellow and hear first hand this version of their finished song. It is truly an impressive song worth taking to time to experience.