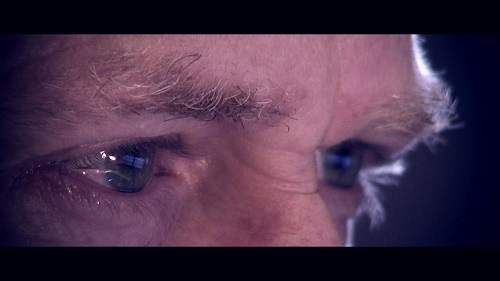 " The Cage Studios 23rd year.
As intense, exhilarating, challenging as any year could hope to be. Since the full time studio expansion of now 4 years ago the client list has slowly expanded, my work taking in Mastering, Production, Mixing, Remixing, Post Production, live work….

Everything I would ever have wanted to do here..

More and more of my mastering work has been graced with awards for their respective bands, in countries as diverse as Canada, France and the Ukraine…

The studio itself has been expanding both in software and hardware (from the newest Cubase and Wavelab updates to new controller hardware, a third pair of Studio monitors, Ribbon mics and what seems like a never ending suite of supporting equipment) Our solid client base of worldwide labels such as long time friends at Cold Spring (where I was pleased to work with bands such as Coil, Dave Ball & Jon Savage, Khost & Godflesh, Zev, Tunnels of Ah, IFOTS, Merzbow, Colossloth, She Spread Sorrow…and more) regulars on the Cage mastering slab such as Anna logue (Germany – Shining Path,Nao Katafuchi, Solitude Fx, Proxies and more) (and its offshoot Nadanna – Canada/Germany), Medical Records (USA with Red Fetish, Pram, Kitty, Effetto Joule and more), Wave records (Brazil – The Veil tracks I resurrected from the original 80’s vinyl), Peripheral (UK with Mad Masks, JFK/Grey Wolves, Oppenheimer Mk II), Delinquent (USA with their double metal collection) Infinite fog (Russia) and Klanggalerie (Austria - I was particularly pleased to master the new album from an old favourite Eric Random recently), together with newer labels like Ukraine’s Aby Sho (with Dead Boys Girlfriend, Vagonovozgatye, Sasha Boole , a Ukrainian Reggae collection and more...) Cold War Nightlife (UK) and Mexico’s Sector Industrial…

The list of bands that comes to me is also growing weekly…and I am going to forget some of you but honourable mentions to Naked Lunch, Glass Apple Bonzai, Factice Factory, This Cold Night, Mitra Mitra, Rossettis Compass and Touching the Void, Zone Tripper/Technomancer. Train to Spain, Johnathon-Christian and New Creatures, Rational Youth, and local (to me) bands such as Prole Position, Lisa Cay and the legendary Dill from Coventry’s 80’s acts Gods Toys and “I”… For my own productions I was very pleased with the new album from ATTRITION : Millions of The Mouthless Dead, that I created in collaboration with Ms Anni Hogan, a very personal album I had been waiting years to make…dealing with the horrors of the first world war and inspired by my Grandfathers time on the western front in 1917. I also created Alphabill with Anni… the sound trach to Billy Chainsaw’s art exhibition of the same name.. We both went to the premier in London. Other projects were ENGRAM, working with John Costello towards our debut album, 20 years in the making… but in the meantime released the single “Karl Marx” in time for UK election day… I am also working with John on his solo projects here. I have been working with Mexican act Edge of Decipher producing their debut album, a very electro affair, and continue to remix for many bands… 2015 seeing Jet Noir (UK), Michael X Christian (USA) ( a memorable song with the legendary Gitane Demone on vocals being a highlight) Rachel Haywire (USA), Michael Kurt/Product (USA), Seraphim(USA) ,Acclimate (New Zealand – with a song featuring Sara Noxx on vocals) dance acts Atlantic Crew (UK) and Warriors of the Dystotheque (UK), and long-time friends (and ex ATTRITION member Alex Novak’s’) Venus Fly Trap (UK) project. I have also contributed my vocals to other productions…for bands, and even a horror video game… and added synth parts to the new album from occasional ATTRITION guitar player Ian Arkley’s doom metal act My Silent Wake’s new album… Somehow I found the time to start an occasional radio show this year in collaboration with long-time friend and ATTRITION live synth man Simon Stansfield. Cage Transmissions has aired 3 episodes and the podcasts are still available through mix cloud…. Time has taken its toll but we will be back for more sporadic outbursts…

And so what did I decide to do to end it all…. I decided to bring my label Two Gods up to full speed… from a label name to carry ATTRITION back catalogue only in its first incarnation, it is gearing up to be a label proper…. With digital and physical releases planned for this year…. So you know who to call…" The Cage Has A New Site