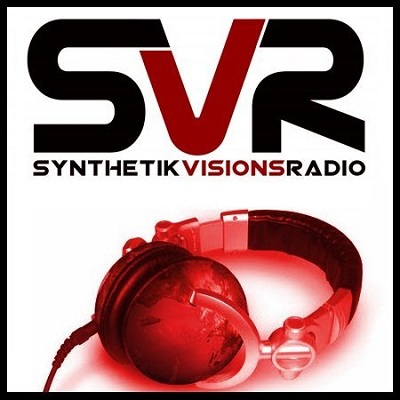 Synthetik Visions Radio has been involved with Music Eternal since the beginning. The owner of the station could see the potential and strived to give all the help he could. Even when times were hard for the station he never gave up on the faith he had in his station or in Music Eternal.

It is the depth of support and the never give up mindset that has made Synthetik Visions Radio one of the most durable stations. The station was one that has been there for various members of the music world and has strived to be one of the true foundations in electronic music as a whole. We are honored to have such a passionate force of nature on our side. We are also grateful that the station as a whole has never given up on Music Eternal, even in the hardest of times.

The station is headquartered out of Florida, but has made it a mission of theirs to represent music from all reaches of the world. It is this mindset that has drawn a number of impressive DJs into their fold over the years and where they have always catered to have an atmosphere that was positive to the DJs and to the listeners of the station.

As the years have come and gone, the fanfare of Synthetik Visions Radio has been a constant. They have always adjusted to meet the needs of their listeners and have evolved from only doing the darker style of music to present a feel of all facets of Electronic music. It is this evolution that has gained them support from many places in the world and where they have been continuing to expand as a station and a standard of excellence in the Internet radio world.

In 2015, Music Eternal made a Kickstarter account in the hopes of getting some needed help due to equipment failure, needed expansion, and due to internal emergencies that jeopardized the site. They were one of 4 entities that were there in this site’s darkest hour and showed a level of support we are eternally grateful for. Thank you Synthetik Visions Radio for being one of the elite stations and for being part of the Music Eternal family. Synthetik Visions Radio Is Back On Air! Synthetik Visions Radio Is Breaking Many Of The Barriers In Music