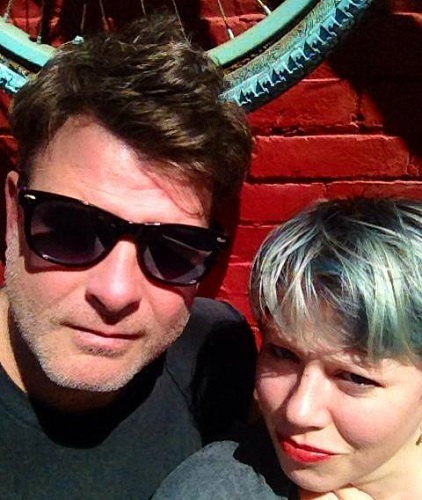 Meter Bridge is a Canadian duo that focuses on the many flavors of Synthpop. They have made music that is true to them as artists and their particular ideals in music. It is this their unfaltering standards that have made their music some of the most endearing to those that have found this hidden gem of the north.

These two show a harmony in their music that reflects their personal life. They are a combination of talents that fuse into something special in their music. It is this union of styles that has melded into something truly special. Each of their songs is a page of their lives that is put to harmonics that flow from their hearts into the hearts of their listeners. This potent expression through sound has given their music many different feels that show the steps in life these two have been in. They say that a true artist leaves a slice of themselves in each creation they make and Meter Bridge is one of the exemplars of this statement.

As a hidden gem that is waiting to rise from the underground of music, Meter Bridge has stayed the course in their composition of music. Even when times have been difficult, the have never fathomed to abandon their music creation. It is this undying devotion to their music and the depth that is expressed in each song that has made them a truly special band. Musicians that love music and share this love with their listeners are the true muses for those that make the world a better place.

Each time that Music Eternal has had a challenge in the course of its evolution, Meter Bridge has been there. Sometimes making something made to help others and not hearing from the masses is a somber path to take. Meter Bridge has been one of the voices in the ears of Music Eternal to show that we are not alone in our path, challenges, and triumphs. They are one of the true heroes of Music Eternal and their consistent support in all respects is where we are forever in their debt. Their positive words, keen insights, and lovely music have made Music Eternal worth the effort. They are one of the true muses for those involved in Music Eternal and why we will never let our dreams of helping the music world perish.

Music Eternal started a Kickstarter fund raiser in 2015. The hope was to get some extra help due to some of the challenges that erupted in our world. Some of these were ones that truly were shattering to our personal lives where the motivation to progress in life what in question. No thoughts of suicide were on the minds of the Music Eternal staff, but the question as to why put forth the effort in anything worthwhile was. Sometimes it is these darkest hours due to tragedy when the glimmer of light while shine brightest. Meter Bridge was one of the rays of brilliance that shattered our mired thoughts and instilled hope when things seemed most bleak. Thank you Meter Bridge for being one of the gems in the music world and in the Music Eternal family. Missing You by Meter Bridge