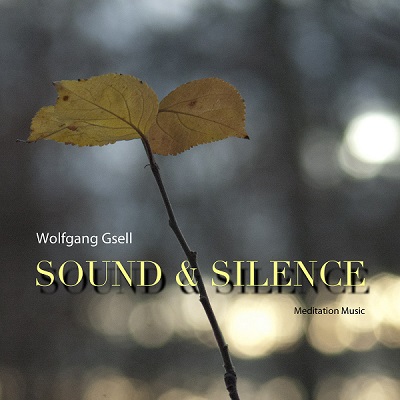 Wolfgang Gsell presents another presentation of his talents in melody and photos through his release, Sound & Silence. This latest 4 track release presents over 45 minutes of music that is perfect for those that want to have soothing music bathe over their souls.

Those in the music world that have a love for music that shows the aspects of medication and classical music that comes from the heart can purchase this album through Wolfgang Gsell’s Bandcamp profile for only €2 (Roughly $2.17 USD). The four tracks are all respective parts of a collective whole that comprise Sound & Silence as a complete act through this release.

Few can present music as fluidly and with the empathy that Wolfgang does. His presentation of Ambient and Classical music as a melding of his interpretation of New Age music is one of the aspects that have made him stand out among the masses of musical acts. It is also one of the reasons that each of his releases has enchanted the listeners with his presentation of a world in melody that only his stunning photos can do credit in giving a visual scope.