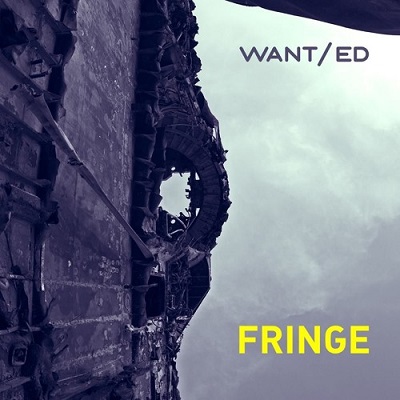 ScentAir Records is proud to present the latest release by the Russian Synthpop band, WANT/ed. This new album, Fringe, brings all the talents of WANT/ed at its best. Most of the songs have involvement from other musicians as they collaborate in making songs that will expand the horizons of Electronic music.

Fringe is comprised of 14 polarizing tracks that include the talents of Holger Muller, Patrik Hansson (VANGUARD), Tomas Gustafsson (EROTIK ELK), Dania Morales (ANYTHING BOX), Vlada Haruhi, Julie Newman-Sanders (ONE VISTA), Alexander Brown and Manfred Tomaser (!DISTAIN)! These impressive artists combined with one of the truly impressive bands of Russia’s Electronic world makes Fringe an album that will be a collection of music for anyone that loves good Synthpop music.

Fringe opens a new chapter in the encyclopedia of music that is WANT/ed. Much of the music has been forged using their proven methods in their past albums, but with some new approaches. This combination has made for a sound that shows the foundation of the band and the direction their music is taking them. Fringe gives 14 tracks that show this doorway of past and present with their calming melancholy and charge optimism in this duality of melodies. As you can tell below on the player, this new direction is one that fans of their past music and future fans will love.

WANT/ed has always been one of the visionaries in where Synthpop music is going. It is their forward vision in Synthpop that has made them one of the bands that have shown the beauty and potential that has been emerging out of Russia for the world to enjoy. Listen to the sampling of Fringe and get a taste of what WANT/ed has for the masses. If you like what you hear, click here to purchase this album for only 11,95 € (about $13.38 USD). Show Me (Nordika Remix) by WANT/ed