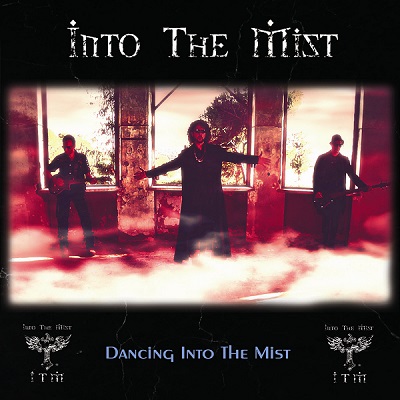 Into The Mist are proud to present their latest album, Dancing Into The Mist. This album shows a new approach using methods in their music that pay homage to the roots of Gothic Rock. Those that love the macabre music of this genre would be wise to check out this new album that was been released on the Italian label, Mislealia Records.

The music presented on Dancing Into The Mist has many of the elements that made the music in early Gothic Rock so appealing. The deeper vocals combined with darker music make for a style that few could match. Much of the music presents a feel that is similar to older music by artists like Rosetta Stone Rosetta Stone, Cassandra Complex, and Children On Stun. The feel is as far as the similarities go as Into The Mist has made a collection of music that is original and takes the mood these legendary artists created and drives it into a new direction.

Gothic Rock drew from the death of Punk music and took a more dark visceral approach in the music. This would eventually pull away from the Punk elements into something that would stand alone as a genre and show that there are more than the traditional facets in the music world. It is this progression and evolution that helped make Gothic Rock live on for decades and influence many other genres of music. Into The Mist have shown this same fashion of progression in their music, especially in their new album, Dancing Into The Mist.

Their music shows the care Into The Mist has taken in their music and that the time devoted was precious to them. It is this passion for the music that reflects in their songs and is now available to those that love the darker side of the musical spectrum. Dancing Into The Mist is a dark journey through music that shows a beauty that could only be found in a small fragment of heaven forged into the harmonics of melody. Unhappy (Engelya’s Obsession) Video by Into The Mist Graveyard Of Stars by Into The Mist