Beyond The Logic Of Science by Sonologyst 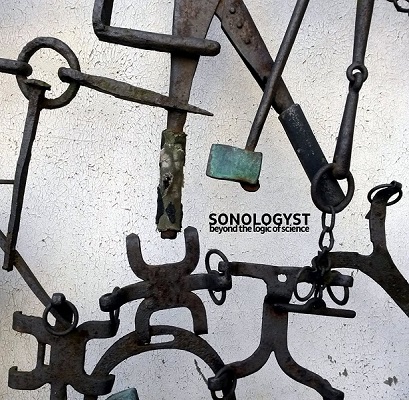 Sonologyst have re-released one of their original albums, Beyond The Logic Of Science. This Experimental band has made a number of releases that have explored music in its many layers and styles. They have worked on projects to present many of the other creative minds in Eurasia to show all the potential in Electronic music. Many of these projects are an extention of Sonologyist's vision from other artists that take shape in the form of compilations.

Between all of the compilation projects and album releases, Sonologist felt it was time to show people some of the roots that vitalized all of these inspirations. Thus, the re-release of Beyond The Logic Of Science was one of the logical steps in this. For those that have never heard of Sonologist, this is a superb chance to see the createive direction and standards that were used to forge the music that is presented in this musicial project.

The 7 tracks in Beyond The Logic Of Science can be yours for €6,00 (roughly $6.81 USD) and can be purchased through the Sonologyst Bandcamp profile. For those that already have this album and want to have a little something special in this re-release, Sonologyst also has a limited edition cassette version of this release that can be yours for €7,00 (roughly $7.95 USD).

Experimental music has always been viewed in the same fashion as Psychedelic in terms of pushing the known boundaries in music. It is this uninhibited exploration that has led to many new genres and has been among the many steps in taking music to where it is today. Sonologyst is one of the bands that has continued this tradition of creative direction into what is the unknown in music. Beyond The Logic Of Science is one of their first chapters in this exploration and can be yours by either clicking the buy link on the player below or by clicking here. A Secret by This Eternal Decay