The Passing Of Louis Zachert 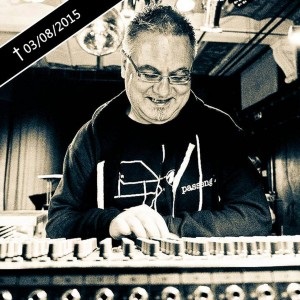 The passing of Louis Zachert is mourned by his band mates, friends, family, and fan across the world. On August 3rd, 2015, he passed away in his sleep and there are many that will feel the loss of this for the many years to come.

Louis Zachert was Metroland's Passenger L and in this role he was one of the key people that helped apply the finishing touches to much of the music that the band released. His ties to Metroland ran deeper as he worked with the other band members in other music projects, such as Ionic Vision.

Over two decades in the music world and Louis Zachert was a passionate composer, musician, and supporter of the music world. In addition to working in many roles including sound engineer for multiple Ionic Vision release, he also worked on his own music and as part of the musical project Cycloon. The other half of Cycloon, Axel Kleintjes had this to say about this tragic passing:

“I can not believe it – I am stunned. Louis … You were the one who showed me that musical art basically knows no boundaries. Our time as Cycloon was one of the best experiences that I was able to do as a musician. Your patience and your understanding of others’ ideas has always been incredible. I am grateful that I worked with you, and know I could learn from you. Take care, Louis!”

Louis Zachert is a grim loss to the music world and to those that he helped in their progression of music. He will be mourned by all those that had this great man in their lives. Perhaps the best words that can be conveyed were those expressed by Metroland:

“Words fail with the loss of Louis Zachert, our very own beloved and amazing Passenger L. His final touches on all of our music has had a definite impact and in most cases made a world of change over the last two decades. It’s with tons of grief and disbelief that we are forced to say goodbye to one of our closest and oldest friends since 1994! Things will never sound the same again. Forever friendship!”

On the second page we have a few videos to the music directly tied to the many projects of Louis Zachert. Remember what he has done, enjoy his creations, and let him forever live in our hearts with how his music resonates in our souls. Pictures To Listen To by Metroland Men In A Mix by Metroland