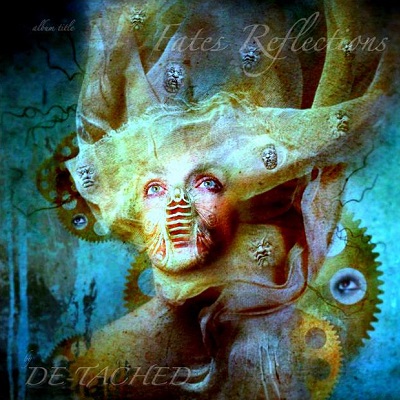 On April 10th, De-Tached released their latest album, Fates Reflections. In this release they give their fans a diversity of music that brings all the best elements of Electronic, Rock, and Metal into a series of impressive songs that show the depth of talent the band has.

Fates Reflections will be one of the upcoming albums to be added to Two Cents with this being merely an announcement of the new album. Below are two songs from the album and what they present show the spirit of the music that is found in each of the De-Tached past songs. The difference is that these songs show facets in the band and that they are far from limited in the directions they aspire for their music. If the rest of the album is like these two songs, then this promises to be an album that will be a must for any fan of the unique fusion of Electronic and Rock that De-Tached delivers so well.