Details On The Debut Album By Furniker 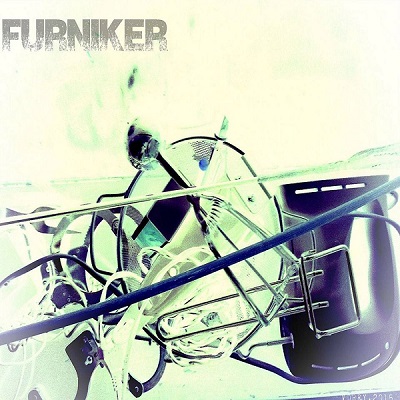 Furniker have announced their first debut album will be officially released November 30th, 2015. This is the release of the new project of Franz Schultz and his exploration in music.

Franz has always been one of the French artistic minds that delved into the depths of Experimental and Noise areas of Electronic music. This can been heard in many of his past projects and will shine at a new level in this debut album. For Franz, Furniker is not a project for fame or wealth, but a vessel to express the artistic vision that harbors within his very soul. It is this expression of what he has within that has made his music impressive to those that have connected with it. There have been a number of other artists both in music and in other fields that have used his music as inspiration for their own artistic creations.

One artist that has used Furniker as a muse is Vdrey. She has been an abstract artist that has put passion into painting and has used Franz's music as the fuel for many of her creations. She is also the one that has devoted her visual skills into the graphics that are tied to the debute Furniker album. This in conjunction with the sonic expressionism of Furniker should be a perfect combination for those that want to see and hear something not in the norm. These two have worked together in the past and this is one more chapter in their union in working as one collective in making something special for those that love to explore the depths of art where few would fathom to travel.

Below we have a little sampling of some of the music that will be on this debut album. Be sure to check back on Music Eternal on the 30th as we will have some breaking news regarding this album for everyone that loves to explore the seldom traveled roads of Electronic music! Also, be sure to check the event page for the debut album on Facebook (Click here to go to the event page)!