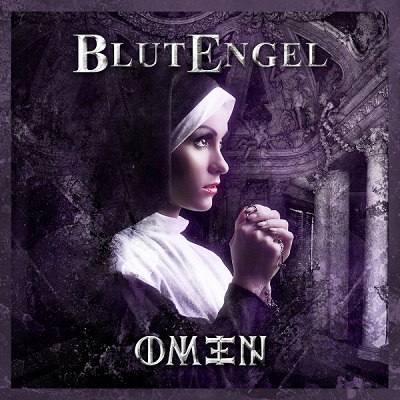 Here is the official release information from Out Of Line Music on the upcoming album, Omen, by Blutengel:

"Few groups can match Blutengel's prowess in expertly pulling the strings on an entire gamut of feelings, creating a gripping yet catchy monument for the dark side that resides deeply in each and everyone of us, while transitioning seamlessly into a dance floor compatible fireworks display of electronic beats. From the pompous orchestral intro that segues into the monumental hit single "Sing", via pumping Gothic-Electro-sounds (like in "The Siren" or the nostalgic "Asche zu Asche"), to the anthemic "Wir sind was wir sind" (which beds a dark prophecy into addictive sounds), Chris Pohl and Ulrike Goldmann display a greater versatility than ever, this time around. "Omen" generates an irresistible pull from a masterful combination of opposing forces, such as the eternal conflict between Heaven and Hell, erotism and emotion, or atmosphere and club-feeling. The new album is sexy, sinister, opulent, fragile and full of floor-filling potential. "Omen" will hit shops as a regular album CD, a deluxe double disc version containing an exclusive second album of new songs and as a strictly limited fan box that contains the double CD, plus the exclusive acoustic disc Dark & Pure Vol. 2“ (Blutengel-songs in "naked" versions accompanied by only a piano and an acoustic guitar), a deluxe A5 giant booklet with all lyrics and a lot of exclusive photos, plus 5 exclusive art prints of portrait paintings of Blutengel. The album will also hit download portals as a deluxe digital edition and as a special iTunes edition that will contain one more new song that is not available anywhere else. The word "Omen" is derived from Latin and means "premonition"... we have a solid premonition that Blutengel have created their best album to date." 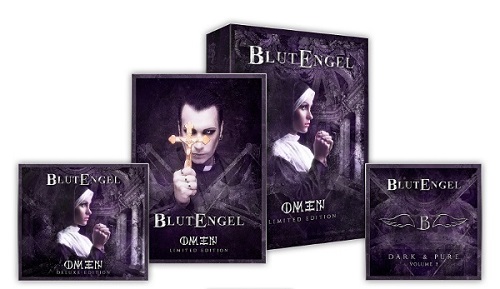 The tracks for each release have been grouped by what is added in addition to the prior release(s) to upgrade it to the release it is:

1. Inside Of Me
2. Save Your Tears
3. Am Abgrund
4. Starkeeper (Album Version)
5. Fire In The Distance (Blutengel vs. Terminal Choice)
6. Stay (with me)
7. Lovesong?
8. Asche zu Asche (Static Violence Remix)

We will have a Two Cents review on Blutengel's Omen after it has been officially released, by Out Of Line Music, on February 13th, 2015.