Alia Tempora's Web Store Is Open For The Fans 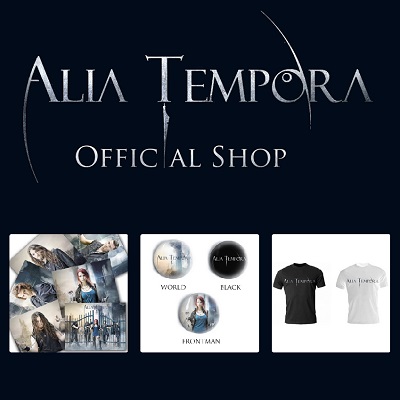 The Czech Republic band, Alia Tempora, has been showing a new light in the Symphonic Metal family of music. The impressive vocals, the strong guitar riffs, and the minor influences with electronics has made it where the band has been pushing the envelop.

Alia Tempora has something special for their growing fan base. A place there their fans can get the band's goodies. If you would like to see the store that the band has made for those that love their music, please click on the image above or click right here. If you are new to the band and are curious what they are like, we have added one of their songs below.