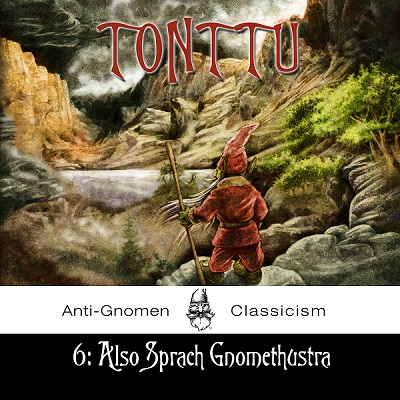 TONTTU have officially released the latest album, 6: Also Sprach Gnomethustra. This release hits the Internet first as a digital release on December 9th, 2015 with a physical release coming in the near future.

6: Also Sprach Gnomethustra brings an aggressive combination in its 8 tracks that present elements in Folk Metal, Death Metal, Experimental, and Industrial Metal. The combination makes for an impressive mix that will give at least one song that a variety of listeners will like. The approach of the music presents TONTTU in a very good light in the style of the music and the base theme of their ongoing war against the world domination of gnomes.

Below is a player with the music from 6: Also Sprach Gnomethustra and it is also a portal to you getting this latest release by TONTTU!