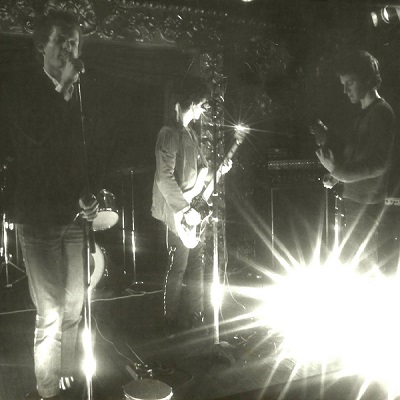 On December 8th, 1980, Attrition was born. This creative child of Martin Bowes has been the flagship to his creative passion in music and has been the foundation to his expansion into other areas of music. For the past 35 years, Attrition has not only been his main outlet to musical expression, it has been on of the directors to a family of musicians that needed to have path to an outlet that only Martin could present.

Attition has been one of the musical acts that has given light to Dark Wave and to many related genres. For the past three and one half decades, it has been on of the shooting stars in a direction for music that has given in each song a complexity, emotions, and beauty that few could have fathomed. Martin has been one of the melody weavers that has proven over and over his depth of talent and that music is not just a profession, but a huge part of who he is as a person.

Martin Bowes has traveled the world with Attrition in his tours, released countless albums, and has always ensured that the music would always remain true to him as an artist. It is this special combination that has gained him a large and loyal fan base that has cherished each release that he has made. It is this devotion that Martin has always given thanks to his fans and why he has never never stopped with releasing music with Attrition.

Happy Birthday Attrition and thank you Martin for giving so much to the music world. You are a gifted musician that has touched the hearts of countless with the music you have made.