The Wake Are The Darker Musical Flavor That Never Dies 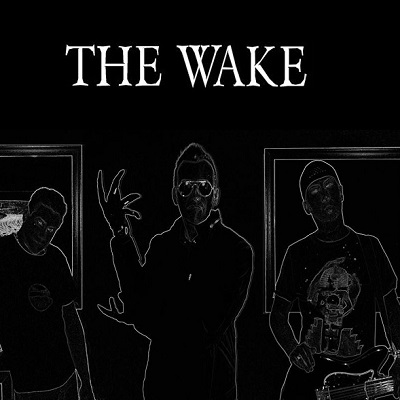 The Wake was formed in 1986 by vocalist Troy Payne and guitarist Richard Witherspoon in Columbus, Ohio, USA. Ever since their inception they have been one of the vital players in the Gothic Rock genre and have shown the progression that the music has made over the 80's and the 90's. This has largely been due to the distinct vocals of Troy, the old school Gothic mood in their music, and that they are willing to explore beyond the boundaries of what is the norm for music. This combo has led to them fitting in with much of the early Gothic music and with many of the music formats of today in both the Gothic Rock and its Electronic relatives.

Bands that have lived for as long as The Wake have will always see a change in their roster. This is also the case with this band, except that the founders have remained true to the band, the music, and their loyal fan base. The Wake has proven to be one of the rare few bands that have kept their fan base from nearly three decades ago while they gain more with each new song that they create for the music world. It is this devotion that has helped The Wake thrive where many other artists have faded into the folds of time. It is also this commitment from their fans that has been a spark in their progression in being devoted to the music and exploring many new avenues without betraying the style in their music.

Music can be viewed as light or dark in its tone and mood, but it is the songs that have proven that they can live in any decade and appeal to the masses that are timeless. The Wake has had songs such as Masked and Christine that have proven whether it is the original or a remix that they belong in most sets that want to connect with the listeners. It is this timeless quality that has also made them relevant for any fan of music or those that want to have a more empathic set that will affect the listeners with the mood that is desired in any setting.

Some people label a genre as "dead" and that it is no longer relevant. Artists like The Wake show that any genre will always have more to share to their fans if the artists are willing to explore their music and never stray from what makes their music special. After the decades of making music, The Wake are a real representation that "Goth" is not dead and that it is an important cog in many areas of music. Christine (Re-mix 2.3 wHATEver) by The Wake Christine (Re-Mix 2.4 Whatever) by The Wake Rusted by The Wake