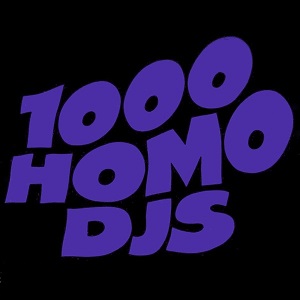 1000 Homo DJs was a Ministry side-project with support from Jello Biafra and Trent Reznor. According to legend, the name was suggested by Wax Trax! Records co-founder Jim Nash. Addressing Al Jourgensen's concern over a remix, Nash reassured him that only a thousand homo DJs would hear it. The name stuck.

The first single, Apathy (1988), contains "Apathy" and "Better Ways", both originally intended for Ministry's The Land of Rape and Honey, but rejected as out of place.

There are many that consider that 1000 Homo DJs is a shelved project that will never be touched again, but those that know Al Jourgensen know that nothing is ever truly shelved. As long as he has a creative cell in his body each band and project he works on never dies.