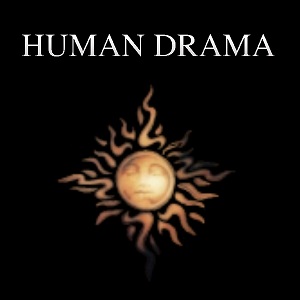 Human Drama is a band that is commonly labeled as a Gothic Rock and Dark Wave band, but the true definition for this band is that they are among those that can make music that evokes emotion.

Led by songwriter and singer Johnny Indovina, Human Drama has made music that has inspired fans and other artists alike. They do this through their moving songs that give graphic imagery through the power of their music. It is this music that drew them to RCA and it was this faith that drove them to leave one of the bigger labels to ensure that their creative vision would be directed by them and none other. Human Drama has shown that success of a true artist is not measured by how many zeros are on a check. It is more about keeping true to that which made the success possible, the beauty in the music and the fans that it touches.

Many have seen Human Drama rise and break up over the decades, but this is one band that no one should ever consider to be done. Johnny Indovina has shown that he has more to share in his musical vision and the band mates he has in Human Drama are his friends. It is only a matter of time before these friends reunite for all their legions of fans to experience once more. They have performed together in 2011 and in 2012, true friends in music are the family of the sacred heart. It is this passion that endures that make for the magic of tomorrow in this latest member of the Music Eternal family. Rain On Me by Human Drama A Human Drama Mug Everyone Should Have I Believe In Father Christmas by Human Drama