Kool.K Shows What Florida Has In Hip Hop 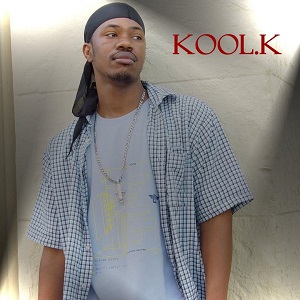 Kool.K is among the aspiring artists in the world that is striving to create a name for himself in the Hip Hop and Pop Rap parts of the music world. He has touched some of the harder sides of Rap music in his quest of developing a style that shows his lyrical skills and his vocals. This can be a challenge for any artist, but Kool.K shows that he has a vast amount of ambition to be the best in his field of music. His songs reflects much of what he loves in music and also gives a little insight to his life in the United States.

Since 1999, Kool.K has been involved with rap groups and has worked as a solo artist. All of this time in his native Southern Florida has afforded him to have the flexibility in who he works with and the creative direction to develop a style that is true to him as an artist. It is this unique direction where he has been developing a growing fan base that we aspire to see expand beyond the scope of the United States as one of the newest members of the Music Eternal family.