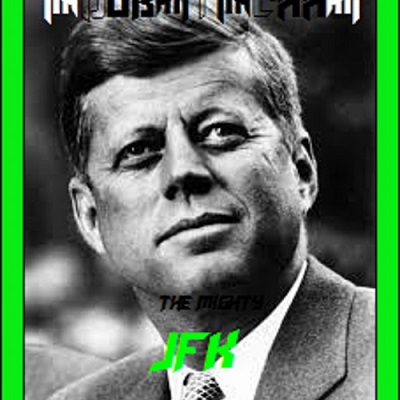 DUB T CHA created this dynamic electronic song as a form of tribute to one of his inspirtions. This creation is a song that utilizes a number of the US Government releases of former United States President John F. Kennedy. He masterfully created this where the samples are from the Federal Repositories to ensure it meets the copyright standards and formed it into a song that is a very fitting tribute of the former leader of one of the superpowers of the world.

The excepts are unique in that they are darker in their context, but also haunting as they are a voice from a ghost of the distant past in leadership of one major part of the world. In this presentation, DUB T CHA's song gives a very imposing perspective that these words were spoken by a former President and that he was able to form these words into such a fluid form of lyrics to this song.

Go to the bottom of this article to hear this unique tribute created by DUB T CHA and master at Lost-Planet Records.