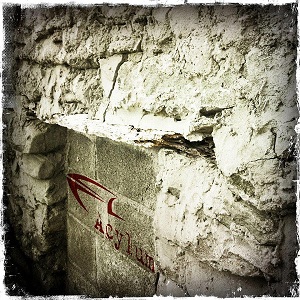 Aggression in the Electronic nature of music has a name for Eastern Germany and its name is Acylum. This two person act has brought all the elements that are symbolic to Agrotech and combined them with a driving Electro-Industrial beat that never relents on driving home the music.

Since 2004, Chemnitz based Acylum has been evolving from an idea of DJ Pedro Engel into one of the dominant forces in thundering down the Industrial notes to the masses that are eager to hear each release. Pedro and Nadine are happy to meet the needs of their fans with each song they push through the doors of Alfa Matrix and out the speakers all over the world. Their dedication has made them consistently one of the artists that have found a niche in the club scene play lists and in the collections of countless Electronic music lovers.

Acylum has shown that music is a tool to present creative expression in their throbbing beats, scowling vocals, and an epic undertone that many of their songs seem to harbor under the surface. It is the deadly combination that has garnered the affection of their fans. For those that have a curiosity of the band, we have some of their songs on the second page for your listening pleasures. Haus am See by Acylum