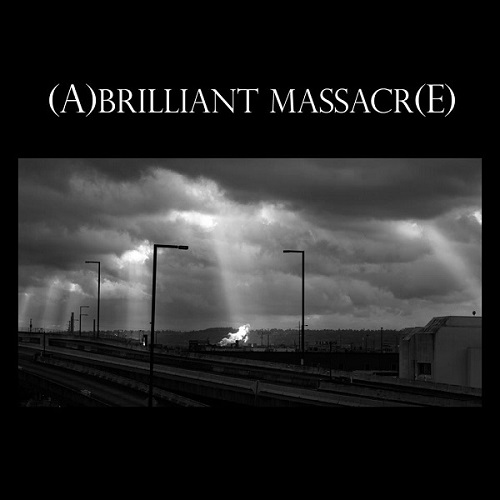 They say a massacre by any name is a bad thing, they haven't heard the music by this band.

(A)Brilliant Massacr(e) has a number of things in common with Music Eternal in that they both have been an evolution into something more and have been labors of love. This is a band that started out as The Cut and was envisioned to be a music venture for Sean Whitman where he could give aspects of his musical past with some of the inspirations that he has had lurking within. This combination was a powerful mix of music that showed some of the true genius that he has always had within. As a solo act that was striving on its own, (A)Brilliant Massacr(e) was missing something.

Sean brought into The Cut, his Kevorkian Death Cycle band mate, Roger Jarvis. Through Roger he was able to further evolve his music and bring in the strong support of Negative Gain Productions. This leap symbolized the death of The Cut and its rebirth into something much better, (A)Brilliant Massacr(e). The music in the first album Science Fiction brought forth elements that are the foundation of Synthpop and integrated in an edge that could only be found in his contribution of Kevorkian Death Cycle.

Will (A)Brilliant Massacr(e) release more music that can match their first album? Sean has proven that he has a ton of love in music and a devotion in showing that love in the music he creates. This is the beginning of his dream and we feel that he will show in his future music that he is a well of creativity that will never go dry.

(A)Brilliant Massacr(e) is one of the bands that inspires us here at Music Eternal to do all we can to help the Music World. We are grateful to have them in our family. Iron Sky by A Brilliant Massacre Science Fiction (Remixed by Assemblage 23) by A Brilliant Massacre