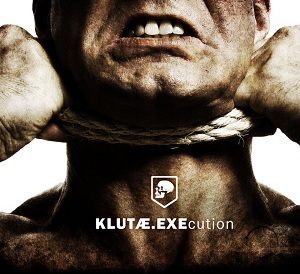 Before there was KlutÆ, there was Klute. This change in name was needed to keep things simple for the heart and soul of the band, Claus Larsen. He reason for simplicity? There was another artist that had surfaced using the name Klute and rather than going into a legal battle, he decided to pull from his nation roots. Being Danish, Claus pulled a letter from the Danish alphabet and combined it to his band's name. At that moment, Klute was reborn as  KlutÆ.

This change in name had some complications for fans as a good number of albums were shown as being from Klute and not from KlutÆ. Claus has again simplified this for all of his fans in mind with a special release of all his old (Klute) music, a rare song, a remix, and a remake. All of this music is compiled into a special 2 disc release called EXEcution.

You may have heard that EXEcution had a limited release, and this is partially true. The album has two versions that were released and BOTH are limited editions with a limited number of presses before they are gone forever. The first version was a special box set that was limited to only 55 copies. This box set had a number of goodies in addition to the album (a flag, autograph & badge). The other is the double disc release that is limited to only 444 copies.

If you want to get your copy you better hurry, even though it has yet to be officially released (October 2012), people can pre-order their copies and they are going fast! With this in mind Claus has worked with friends of his at emmo.biz so that people can pre-order the album as soon as they can. The price for this slice of KlutÆ history is 12,99 € (12.99 Euros).

When the presses of EXEcution are gone then there will be no other means of getting your copy of Claus' incredible creation in music.