Dungeon Of Wizard Evolution In Appearances 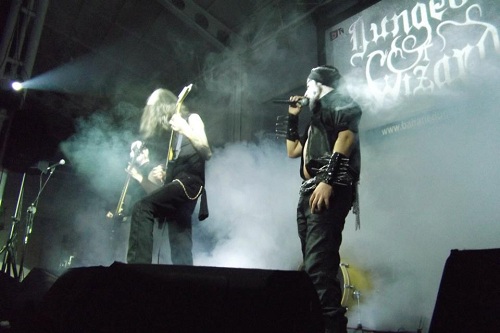 The Turkish black metal band, Dungeon Of Wizard, has always prided itself in its stunning presentation and it aggressive music. Something is in the works to change. Sometimes change is bad, but in this case the change is something that will show where the band is evolving and raising the bar of their style to a new level.

It has been confirmed that Dungeon Of Wizard is developing a new appearance to the band that will make their older one of make up, imposing clothing, and a dominating presence seem simple. This will be a massive leap forward in how they are seen by their fans and how they are viewed as a band to the world.

What this new appearance is going to be has been kept in secrecy, but it is where they will be setting an appearance that  will literally bring an aspect of their music to life. We are eager for all the parts to come together and will be the first to spread the news. Be prepared Dungeon Of Wizard and black metal fans, there is going to be an evolution in the band that is symbolic to Turkish Metal. Victory Is Mine by Dungeon Of Wizard