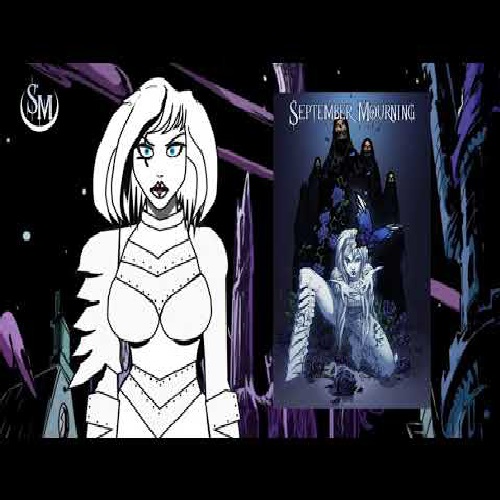 To give more insight to this, we present to you words directly from Image Comics:

Bestselling writers David Hine, Mariah McCourt (editor of Emily the Strange, The Last Unicorn), and metal singer/songwriter sensation Emily Lazar (aka: September Mourning) team up with artist Tina Valentino to tell the story of a human grim reaper hybrid and her destiny in SEPTEMBER MOURNING. Issues #1-4 of the ongoing series, which first launched through Kickstarter, will be collected into trade paperback and available from Image/Top Cow Productions. In conjunction with the release of this book, September Mourning will be releasing new music via Sumerian Records, which will bring further life to the storyline.