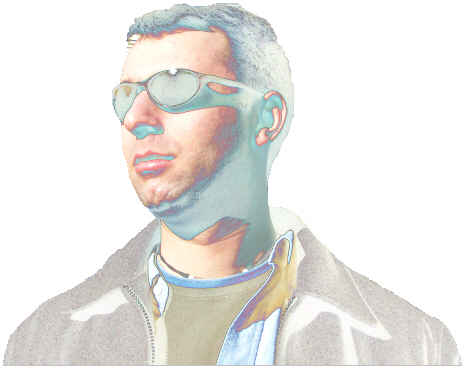 TYPE001 (Pronounced 'TYPE ONE') began in the mid 90's as the solo project of music composer/performer Matt Ossen. Residing in the greater Boston area, Matt spent his teenage years performing in orchestras, marching-bands, and choruses before composing and recording his own material around the age of 16. Matt wrote and produced borderline synthpop/industrial tracks with the assistance of his friends who were also participating in other music and drama projects in Boston while attending college.

Throughout the 90's, TYPE001 created a local Boston following with a unique and refined dark sound; stalking and ominous, yet tangible, and featuring mostly male vocals with a subtle female-vocal accompaniment. Throughout 1998 and 1999, Matt gained some notoriety in the Boston area for his recording, production, and mastering abilities for local electronic and Industrial artists as well hip-hop and alternative bands.

MULTI-TRACK ALIGNMENT was released on August 3, 2004 on DSBP (DSBP#0065), and it had sold close to 1000 copies in one month's time. In 2005, TYPE001 collaborated on the DIVERJE album THE DISTORTION CHAMBER with Tommy T. Rapisardi and Vincent Pujol of ESR.

After taking a short hiatus, focusing mostly on remix work, TYPE001 has re-emerged in 2011 on GLIM RECORDS alongside former DSBP labelmate TESTUBE as well as LOWHERO.DLL. The latest album FINISHED BUSINESS will include 14 new tracks expanding on the previous styles of the debut MULTI-TRACK ALIGNMENT. TYPE001 is currently working on new material as well as a compilation of another 10 tracks that were composed and recorded in 1999/2000.