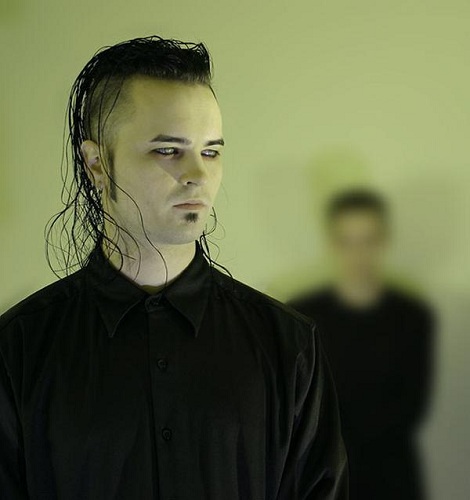 In 1997, Clint Carney began writing music under the name of System Syn. Over the course of time, System Syn would share the spotlight with some of the most dominant forces in underground music, including Daniel Ash (of Bauhaus, Tones On Tail, and Love And Rockets fame), Informatik, Babyland, and Seabound.

Even when System Syn was seemingly dormant, they were not truly gone. With all the ventures that Clint has been involved in (FAKE, Imperative Reaction, and countless collaborations), he never forgot about System Syn. In many ways, this project has been not only the progenitor of Clint's artistic directions, but also a reflection of him as an artist on canvas and an architect in music.

Over the time that System Syn has been in existence, bands have peaked and perished. Others have never seen the top of the music summit. System Syn has been one of the persistent powers on the rise and are a band that has yet to reach the bottom of Clint's barrel. As time passes and more impressive albums are composed and produced by Clint, he has shown that he had endless reserves of inspiration, with a desire to prove that music will never die.