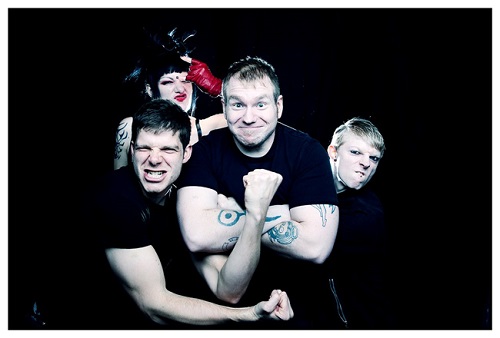 SV tackles dance floors and mosh pits alike with heavy riffs, thumping beats, throat-tearing vocals and its not-so-secret weapon: a sense of humor. Don't be surprised if you see 'em screaming through loudspeakers outside of a closed-down night club in Albuquerque, New Mexico, or banging out thrash riffs in a snow castle near Yellowknife, Northwest Territories. Known for their explosive live shows, they live up to their title of The Second Best Canadian Band, Ever!