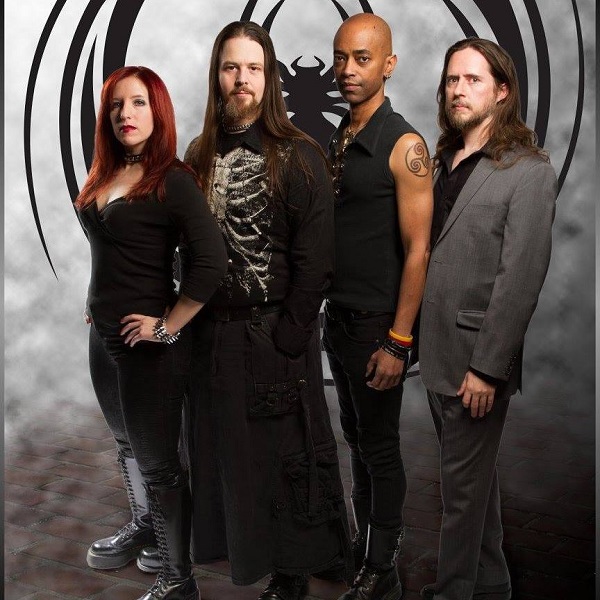 Spider Lilies is electro-goth-rock with female vocals, electric guitar, synths, electronic drums, and sometimes violin. The band is signed to Distortion Productions, which released their most recent EP, "Error EP."

The project is defined by Stacey Campbell's vocals and electronic composition. Stacey was formerly known as a guitarist/backup vocalist of the Cruxshadows, with whom she toured the U.S., Europe and Scandinavia. Spider Lilies began in 1999, and was revived in 2003, after Stacey left the Cruxshadows.

Live, Spider Lilies is a high-energy experience as well as a skillful performance of the music. Currently based in the Northern VA and Charlottesville area, the band performs with a 2-4 person lineup, including Chad VanPelt (AKA "The Chad," guitarist; also known as DJ Rift in Charlottesville and DC goth/industrial scenes), Mike K. Johnson (live drummer for many well-known bands such as Ego Likeness, and The Rain Within), and Tom Lynch (keyboardist extraordinaire)!

Spider Lilies has toured throughout the eastern, northeastern, central, and southern regions of the United States, and have gained some international recognition.

The band's debut album "In the Light" was released in 2006. A second full-length album, "Cyclogenesis," released in 2009, followed by a remix disc, "Eyes of the Storm," in 2010, and the "Error EP" in the fall of 2014, featuring new original songs as well as remixes from Aesthetic Perfection, Ego Likeness, Assemblage 23, Sebastian Komor, etc.