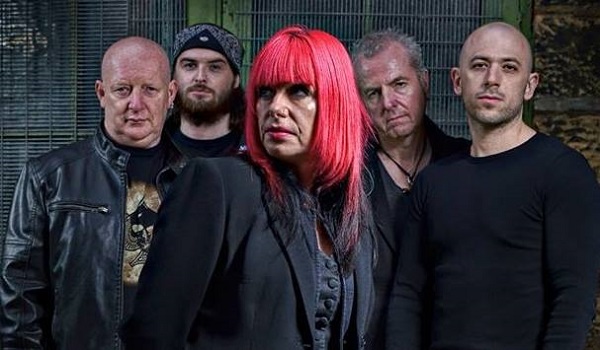 Formed in Keighley, West Yorkshire, England during the Post Punk of early 1980’s out of the band ‘The Elements”, took their name from the title of the song "Chant of the Ever Circling Skeletal Family" from the 1974 David Bowie album, Diamond Dogs.

Something unique was brewing up a dark and broody storm in West Yorkshire at the time with bands like The Sisters Of Mercy, The March Violets, Red Lorry Yellow Lorry, Southern Death Cult (later became The Cult) forming the basis of what became the soundtracks to the Goth Subculture.

Skeletal Family soon gained popularity in the UK Independent Charts and furiously gigged the length and breadth of the UK and Europe, recorded tracks for the John Peels Sessions, supported The Sisters of Mercy during their 1984 Black October tour, released 2 studio albums ‘Burning Oil’ (1984) and ‘Futile Combat’ (1985) of which saw the release of Skeletal Family’s most successful single ‘Promised Land’ on Red Rhino record label.

Anne-Marie left Skeletal Family in 1985 to form Ghost Dance with Gary Marx, former guitarist of The Sisters Of Mercy. The remaining members of Skeletal Family briefly continued before disbanding in 1986.

Skeletal Family reformed in 2003 with Stan and Trotwood along with Karl Heinz. Anne-Marie rejoined her fellow band members in 2012 after she released her solo album ‘Day Of All Days’ in 2011.

They have remained one of the original Gothic Rocks bands staying true to their sound and have continued to tour and perform world-wide including Mexico, Poland and the US as well as regular headliners at Whitby Goth Weekend and Wave Gotik Treffen.