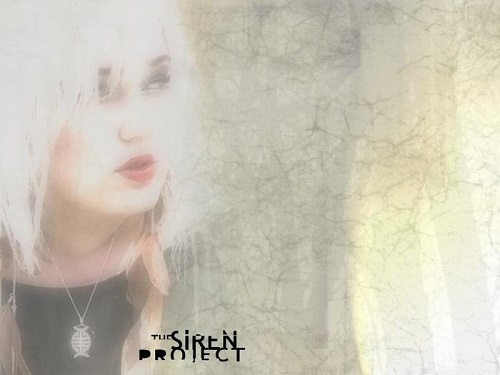 The Siren Project was formed by Malgorzata Wacht, then later accompanied by Alex Seminara. Together, they lead the listener on a journey wrought with aural pleasures. The Siren Project has opened for national acts such as: Faith and Muse and Rasputina. They have also preformed before 20,000 people for the Colorado A.I.D.S. walk and donated their talents to fundraise for the Diabetes Foundation at Heavenly Daze Brewery. The Siren Project – preformed at the Denver Dark Arts Festival, while promoting Denver scene. As a result, the band released the track “Shelter” on the Denver Dark Arts Festival Compilation. This track again was released shortly after on another compilation titled “ A Family Affair”. Malgorzata and Alex contributed their music to a double disk project titled, “Education in Infestation”. This collaborative effort features notable visual artists and musicians such as H.R. Giger, Clive Barker, Joe Coleman, Jello Biafra, Johnette Napolitano and Gwar. The proceeds raised benefit A.I.D.S. awareness organizations across the U.S. Malgorzata has also lent her vocal abilities to bands like Fiction 8 and The Witching Hour. Alex's background includes other bands such as Contingence, Gibraultur and Rorschach Test. The Siren project is poised to infiltrate audiences with their sweet seduction. One listen to the band and you will quickly understand why sailors spellbound by the mythical sirens, died with smiles on their faces.

The Siren Project surrounds the lush and sensuously edgy vocals of the lead singer, Malgorzata. She in turn compliments the music with her captivatingly dulcet tones. Malgorzata is a native of Poland and currently resides in United States. She brings a fresh approach to songwriting, which when added to the talents of their band mates, creates a style that is strong and different from most of what is offered today. The haunting melodies intertwine through simple rhythms and subtle riffs bringing appeal to a wide range of music lovers. Malgorzata’s voice richly paints a portrait within each song and conveys her emotions with amazing aptitude, piercing your heart as she moves effortlessly from deep darkness to a solid soprano sunshine.