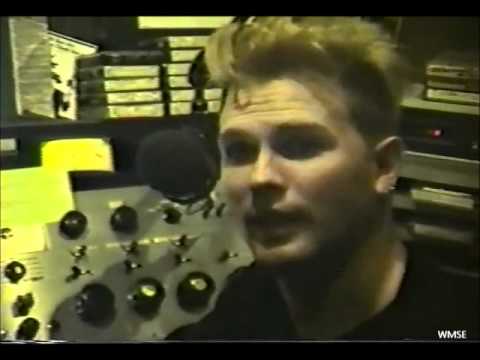 Ric Laciak has been a DJ, Label owner, and one of the key players in the background of the music scene. It was his involvement that has helped be the foundation for many of the releases of albums in the 1990's and in being a middle man with a number of artists and entities in the music world that may have not worked together without his involvement.

For a good portion of the 1990's, Ric was one of the DJ's on Milwaukee's radio station WMSE 91.7 FM. It was during this time that he played as an anchor to the Industrial, Electro-Industrial, and the foundations of what would lead to the emergence of EBM music. His involvement on FM radio made him a centerpiece in that region to help keep these genres involved and to present much of the newer music to the fan base the station had and Ric had earned with his shows. Even when his influence was expanding with his popularity, Ric remained humble and placed his focus on supporting the music he loved.

It was also during this time that he was an avid writer for Industrial Nation and Cue!. Both magazines gained the advantage of his love for music and his growing infrastructure of contacts. It would be this network that would provide him with much of the material we would write about and also have an impact in the music played on the FM station. His love for this music would eventually expand into creating the club, GAWMUS (which stands for Getting Away WIth Murder in the US).  This club was a Leaether Strip fan club and one of the first stones to one of the legacies that Ric would later create.

During this same time, Ric was also working for Music Research GmbH (part of the legendary label Zoth Ommog). Through this involvement he would play a vital role in the development and releases of a number of albums.

In 1994, Ric created RAS DVA as a record label that would combine all the experiences he has had as a DJ, music journalist, his involvement with both Music Research GmbH and GAWMUS. All of this knowledge and experience would meld into the foundation of Ric's label. The first release he did was of a Mentallo & The Fixer side project, Benestrophe. This would be the beginning and show the level of standards that Ric had as a label owner and what he offered to the artists that placed their faith in his skills. This led to him releasing albums from Leaether Strip, Kevorkian Death Cycle, Jihad, and a number of other emerging artists in the Industrial and Electro-Industrial music scenes. It was also during this dominance that RAS DVA was gaining that Ric released epic compilations like Dora Blue and There Is No Time.

As with all things that burn twice as bright, RAS DVA would burn for a fraction of the time that it could. Ric has stricken with a form of brain cancer in his brain that left him with a debilitating form of pain. The pain suffered often led many of the victims of this form of cancer to commit suicide within weeks of it hitting them full force. Ric fought valiantly for over a decade seeking treatments to remedy his condition. It was during this time that he was still there for the artists, his friends, and his family. Regrettably, this led to the end of him ever being able to DJ. In 1998, RAS DVA also went into a state of hibernation as Ric would not let it die, but knew that it had to become dormant as he fought for his life.

From 2008 to 2014, Ric had been talking about revitalizing RAS DVA with the support of a number of people in the music world. He was also entertaining doing spot guest shows sometime in the future. Regrettably, both never took shape as Ric had envisioned in his final years.

Currently, there have been talks about bringing Ric's label from its slumber so that it can live on and continue the legacy that Ric had created. Everything he did began with him DJing and has inspired countless to continue on the path that Ric had created with his passion in music. 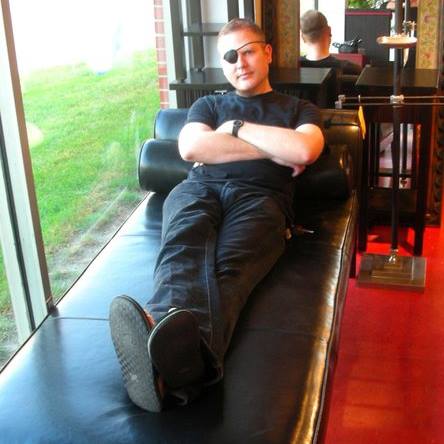