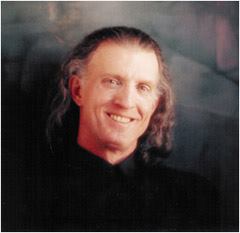 Born in Utah and raised in West Texas, Ray Lynch (aka Raymond Lynch) spent the earlier part of his musical career as a performer on the classical guitar and the lute. As a composer and producer, Lynch has won 3 Billboard Awards, written five albums, and sold over 2 million albums without the benefit of live performances or videos.

Lynch is a classically trained guitarist. His father was a lawyer; his mother was a classical pianist and watercolor artist, and Lynch's classical music training began at the age of six with the piano. At the age of twelve, after a brief encounter with the ukulele at a summer camp for boys, Lynch acquired a recording of the Spanish virtuoso Andrés Segovia, and was so captivated by the subtle yet profoundly resonant depth and expressive range of the classical guitar and its music, that his own musical aspirations took a decisive turn in that direction, along with an intensification of purpose that became a passion. Although the piano was certainly fun to play, and a glib rendition of Cowboy Boogie at triple speed seemed to wow friends and relatives, the piano had never evoked the kind of immediate and natural emotional response in Lynch that the guitar did.

Lynch attended both St. Stephen's Episcopal School as well as Austin High School, and completed a year of college at the University of Texas, Austin, where he became dissatisfied with his academic studies which included philosophy and psychology. He then moved to Barcelona to study with the renowned teacher of classical guitar, Eduardo Sainz de la Maza, under whose guidance Lynch practiced guitar for 8 hours a day.

After three years of study in Barcelona which included music theory, Lynch returned to the U.S., spending the next three years focusing on music composition at the University of Texas. While there, he was invited to become a member of the University of Texas Chamber Singers as their guitarist and lutenist. Quickly learning to navigate the lute, Lynch joined Morris Beachy and his "Madrigal Singers" in a whirlwind tour of Europe and the Near East.

Having acquired a taste for the beauty of Medieval, Renaissance, and Baroque music as well as proficiency on the lute during the years at U.T. Austin, Lynch accepted a second invitation, this time from the esteemed Renaissance Quartet in New York City. In New York, he spent the next seven years performing with the Quartet and other performers who were at the core of the New York revival of Early Music.

His career as a performing musician established, Lynch eventually moved to Maine, traveling from his 125-acre farm to perform in many areas of the United States. The seemingly idyllic world of his private life precipitated a profound "personal and spiritual" crisis, and Lynch abandoned his music career to move to California, where he began a long period of intense study and spiritual growth.

After several years Lynch was moved again to compose music. His beautiful debut album, The Sky of Mind, drew upon his classical training and intuitive melodic sense, resulting in an underground success. Lynch's second album Deep Breakfast became a classic and the first independently released album to be certified Gold and then later Platinum by the Recording Industry Association of America (R.I.A.A.). Deep Breakfast won Lynch Billboard's Award for Artist of the Year for his genre, and Lynch's third album, No Blue Thing, won two Billboard Awards - Album of the Year and Artist of the Year. His fourth and most classical album, poetically titled Nothing Above My Shoulders but the Evening, features inspired performances by members of the San Francisco Symphony.

Lynch's latest album, Ray Lynch Best Of, also introduces 3 new pieces of music: Ralph's Rhapsody, The Music of What Happens, and a bonus dance remix of the hit Celestial Soda Pop. His music is an imaginative and creative blend of acoustic instruments and keyboards and is best known as New Age, Alternative Pop, and Contemporary Instrumental.