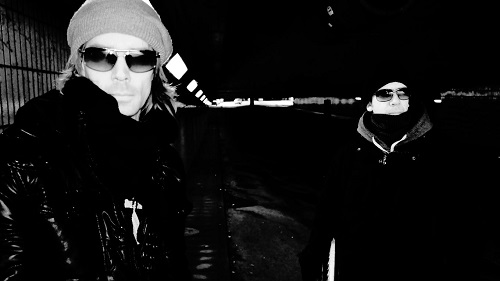 The first songs were still in the Music Genre Post-punk and alternative. In 2011, which was replaced by a drummer beat machine and a little later published RADAR FIELD their first mini-EP with 3 songs and a song on the Nightflower Underground Compilation Vol. 3 (2011). Shortly thereafter increases the bass player left the band and the search for a new bassist finally ended in the decision to use more "electronic". In the songs developed now there are influences from various those genres such as alternative, Dark Wave, Electronica, Indie or drum & bass.

The first resulting in the reduced new formation songs were "BLACK & CHROME" (2011) and "FIGHTN MACHINE" ( 2012). "FIGHTN MACHINE" appears shortly thereafter on the Underground Compilation 2 - in time for the 2nd Dark Flower Night Live in Leipzig. The song was remastered and 2013 Orcus! Magazine (Compilation 87) and the year 2013/14 in Sonic Seducer Cold Hands Seduction Magazine on the volume. 148 (Double Issue 12 / 13-01 / 14) published. In summer 2012, the song "SEA DRONES" followed. In addition walähnlichen synth sounds was also the first to use a female computer voice. In the Dark Flower Night Live event in Leipzig, the song was Compilation 3 on the Underground the imagined audience. The video was in March 2013 Video of the Month (Newcomerradio Germany).

The next song "DREAMBOX", as well as 4 additional songs and 30 other acts that participation took place in the "Battle of the Bands (2k13)" Contest from Sonic Seducer Magazine.

The Video-recording of "DISCOVERED SECRETS" took place in Berlin, Innsbruck and Vienna. "DISCOVERED SECRETS "was alongside well-known bands such as PIL; Siouxsie and the Banshees, The Cramps, U2, Ultravox, and Virgin Prunes in Death Rock Radio (USA, Tampa, Florida) played and lands in 2013 when Newcomerradio Germany Song Contest after 4 weeks with the most fan votes on place.