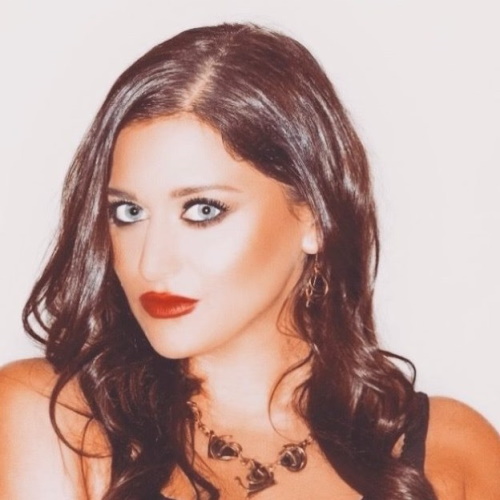 Rebecca was born to sing. With a heritage of actors and musicians going back to Vaudeville, she was destined for the stage. Like any young, pop singer, Rebecca would love the success and fame of Madonna or Britney Spears to whom she’s been compared in magazine articles and on TV show interviews. But this VH1 award-winning young artist is not Madonna or Britney Spears. She is Rebecca. Born in Florida, Rebecca was singing before she could speak. Her first public performance was at age five in front of an audience of over 500 people in a school talent show. Rebecca has been singing and performing ever since and her audiences love her.

Rebecca’s debut CD, “Picture Me’, contains five award winning songs. The title song won first place in the VH1 “Song of the Year” contest in 2005. Two other songs from the CD: “Your Love Is Like A Knife” and “Nu” were also awarded as “finalist” among thousands of entries by VH1 judges. In addition, “Let Your Fire Take Me” received “Director’s Award” from Paramount Group in Nashville, during March 2006. Her song “All Men Are Created Equal” was also honored by the VH1 Song of the Year judges and recently received Honorable Mention from the “Peacedriven Songwriting Award” committee. In addition, Rebecca has received encouraging letters of commendation from United States President Barack Obama, former U.S. President, George W. Bush; former Israeli Prime Minister, Ariel Sharon and many other countries’ ambassadors for her distribution of this wonderful song of peace worldwide. Rebecca was also selected as a “Gold Artist” by RadioIndy.com.

Rebecca released several other singles, promoting peace, happiness and hope in the world. Her single “Angels in Jerusalem” received honors from the “Unisong International Songwriting Contest”. “Hope” is a song promoting the research for cures of life threatening diseases. “60 Years” was a single released celebrating the 60th anniversary of Israel. And “Happy New Year” was released in January, 2009.

Rebecca recently released her sophomore CD, “REBECCA”. Her music video “Summer Without You” from her debut CD is being shown on MTV Europe. “Times” and “Wait for Me” were filmed for her latest CD and the singles from that album, “Another Story” and “Never Ever” were released to radio stations in the United Kingdom.

Appearances: Rebecca was a guest performer on Music Television Channel 24, Nickelodeon, Channel 1 and Channel 10 in Israel. She has also been a guest on Reshet Bet – Kol Israel Radio Station.