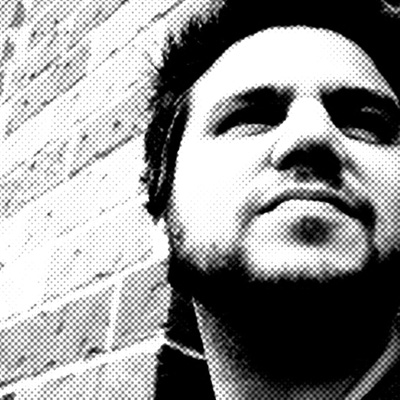 Pazz Kluger is a post punk project out of the NY/NJ area, formed by Patrick Av in 2009. Called “Alterna Gothic at its best” (Christian Cowsill,Indiecharts.com) and ..”Sure to be one of our generations well known names..”(DeathRat Fanzine Issue 14, April 2013), the Pazz Kluger sound has been likened to retro alternative acts such as: Joy Division, Bauhaus.. etc.

Pazz Kluger released a third EP in February 2013 titled “Lovely,Deadly”, available at most digital outlets. “Lovely, Deadly” was recorded in spurts during the Fall of 2011 & parts of 2012. The five tracks on the EP were written and instrumented by Patrick Av. Friend and former Pazz Kluger band mate Jon Lorusso, also contributed to the EP with synth, keyboard, and guitar parts on four of the five tracks. The first single “Tower Of Reflection” was featured on Sombrati Records “Gothic Around The World II” in March 2013.

With a concept and passion to create a certain DIY vintage sound, Patrick Av set some time aside during 2008 and 2009 to record and produce 10 tracks from his NY home. Seven of these tracks would be used on what is now the Pazz Kluger self titled debut EP in the Fall of 09′, while the other 3 tracks would be the basis of a full lineup recording and EP titled “Insides” which was released in December 2010 and noted as “…Something Distinctive..” (Aaron Joy, Joyful Gadfly Rock & Metal CD Review Blog).

After a string of shows throughout 2010 and 2011 as a full lineup, Pazz Kluger headed back into the studio in June 2011, to record two tracks which would be made available as digital singles. The band recorded a new version of “Karma Stay Away”, a track that was on the original Pazz Kluger self titled EP and a new track titled “Waiting for the End to Come.” Shortly after these sessions, the lineup as it was configured disbanded, leaving Patrick Av to write, record and produce Pazz Kluger’s third EP (Lovely, Deadly).

In the Spring of 2013 Pazz Kluger released another EP, a four song EP titled “Undo/Redo” for net label Kroosaficks Records. Patrick Av decided to rework four previously released tracks and release them together. These tracks can currently be downloaded for free at www.kroosaficksrecords.com .


Currently, Patrick Av is back in the studio working a new Pazz Kluger track which will be included on Sombrati Records "Gothic Around the World 5" in December 2013.
A new EP is also in the works for release late 2014.