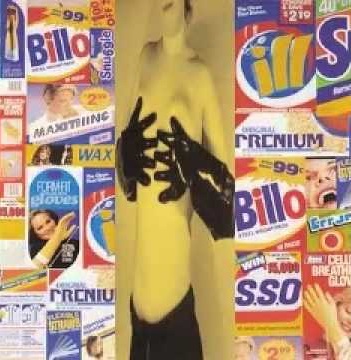 The industrial band PTP was a short-lived side project of Ministry's Alain Jourgensen. The band's total recorded legacy consists of three songs.

The first PTP track, "Show Me Your Spine," was recorded in 1987. The song has several claims to fame. Written by Jourgensen, Barker and Ogre, it marked the first collaboration between Luxa/Pan and vocalist Nivek Ogre of Skinny Puppy. The track appeared briefly during the club scene in the first RoboCop movie (1987) but did not appear on the soundtrack. In fact, the song was not commercially released until 2004 when it appeared on Ministry's Side Trax compilation. Musically, it is representative of the early Wax Trax sound, which is not a surprise considering Jourgensen's history. It features arpeggio melodies, loud drums, Fairlight orchestral hits (played back at various speeds) and of course Ogre's heavily distorted vocals.

The listed band personnel were:

The liner notes state "Another Luxa/Pan Production" credit, a mention of the engineer (Littlefellow) and the studio (ursini/hyams recorders). The slogan "where you always save more money," is a nod to a popular low-budget Chicago commercial from the 80s for the Celozzi and Ettleson car dealership. It featured the owners holding up fans of dollar bills and proclaiming, "Celozzi and Ettleson...where you always save more money." This slogan became a household phrase at about the time the PTP song was released. Their notes also have this odd solicitation:
PTP Fan Cube: Mad DOg! P.O. BOX 138402 Chicago iL 60613

Jourgensen stated in 2004 interviews that his future efforts will revolve around what he calls the "three headed monster," Ministry, the Revolting Cocks and Lard, so it seems that PTP has run its course.