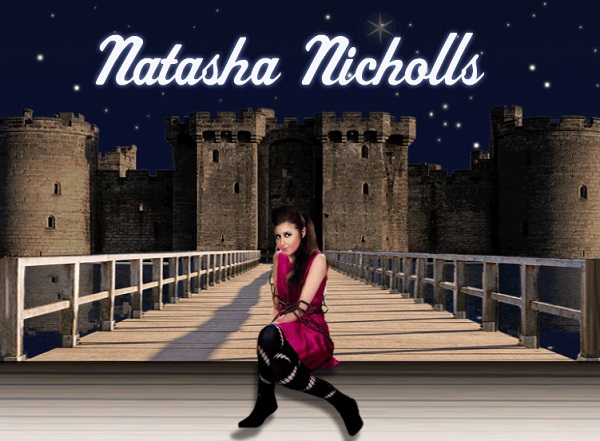 The music of Natasha Nicholls is a colourful blend of indie, rock, and pop, taking inspiration from 80′s rock, but with a modern twist, resulting in an innovative sound. Hailing from ‘the tulip region’ in the Netherlands, singer/songwriter/musician/producer Natasha Nicholls has garnered attention in Holland and across the globe. Her original songs have been played over 1 million times on YouTube, she’s been featured in renowned publications across the globe, such as Bloomberg and The Telegraph, and also in Holland, such as ‘De Telegraaf’(Holland’s largest newspaper), ‘Story’ (Holland’s largest magazine), plus the Dutch version of Metro, and has received positive reviews from many music blogs and websites worldwide (most have given her 5 star ratings).

Natasha is self-taught in every aspect, relating to her musical career. She wrote her first song at 12, and then started to expand, first, by learning to sing, then to play guitar and piano, and finally, to produce. Despite not being from a musical background or having any musical friends, Natasha had always been drawn to music. She wasn’t surrounded by any musical people, so she tried to learn everything she could about music by herself.

“I went online and listened to famous artists on YouTube, whether it came to Eric Clapton for guitar playing or Celine Dion for singing, and then I tried to emulate what they were doing. I also looked up lyrics to songs I liked and learnt the craft of songwriting by reading hundreds and hundreds of lyrics.”

In 2006, YouTube started making waves, and so did Natasha. She was not known then as Natasha Nicholls, but simply, Natasha. Her father was watching the news, one day, and told her that a new video website had been launched, called ‘YouTube’, and people were posting covers on there for the world to see. Inspired by this, Natasha gave this a go . She posted covers by artists she admired and was influenced by such as Aerosmith, Bon Jovi, and Keane. She also posted instrumentals of her original songs that surpassed the view counts of her cover songs! Slowly, but gradually, her view counts rose, and they raked up numbers in the millions (On a side note, Natasha has removed most of these videos, recently, because they were blurred and not HD quality). She was featured in the most subscribed YouTube musician list in 2007, because at the time, she had nearly the most YouTube subscribers in the world. Interestingly enough, Justin Bieber was one of Natasha’s first subscribers on YouTube, before he hit the big time.

The worldwide audience watching Natasha’s videos on YouTube started to follow her on her other social media profiles . Many are still with her today. Natasha tries to respond to every comment sent to her on all her profiles. She does not see her followers as fans, but as friends.

“I see myself as a ‘100% artist”, a term Natasha coined herself. She likes to be involved in every aspect of her musical career, starting with the music, to the branding and marketing. She writes all of her own songs and can hear the production of her songs in her head while writing them. She mostly comes up with her song ideas while she is sleeping at night, hence the title of her upcoming EP, called ‘Back to My Dreams’. She also plays multiple instruments, such as the guitar, piano, and cajon and can even create beats with her computer.

But what it boils down to is the music she is making, right now. As a child, she was into bands popular at the time, such as the Spice Girls, but what really got her pulse racing was rock music, especially rock music from the 80’s, such as Bon Jovi, Aerosmith, and Survivor. She played their records over and over again and never tired of listening to them. She still loved pop music, and she still does, but her love for 80’s rock never died. So when it came to creating her own music (her debut EP will be released later this year), she incorporated 80’s rock with the current trends in pop music, resulting in quite an interesting, but a very pleasing and innovative sound.