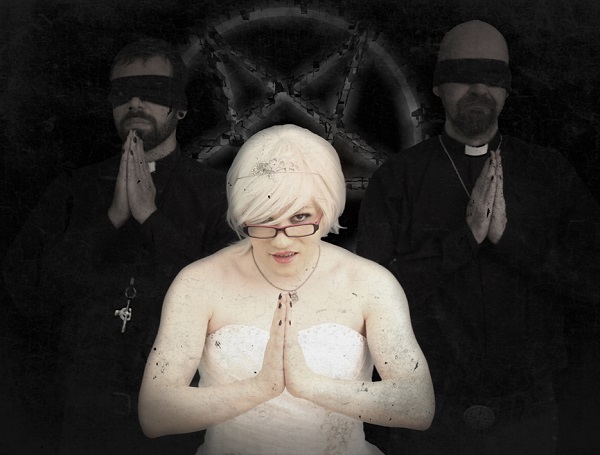 Mr. Strange is the titular singer / songwriter of a three-piece Electro - Rock / Alternative outfit from the Isle Of Wight, UK.

Mr. Strange was the lead singer / songwriter of cult circus-rock band The Shanklin Freak Show since it's inception in 2003.

2000-2003. MR. STRANGE - SOUNDS FROM THE ASYLUM.
The first attempt at an album by Mr. Strange. A mixture of Goth, Drum & Bass, Trip-Hop, Breakbeat and Experimental music, Sounds From The Asylum was officially released in August 2011.

2003-2006. LAMA LOUNGE - ARMCHAIR ADVENTURES.
A chilled out, jazzy trip-hop album made with co-member, Randy Bones (Mr. X). After one live show and some minor label interest, the project was put on hiatus, but never officially disbanded.

2003-2007. MR. STRANGE - THE FALL
A dark, industrial, electro-rock album. This record has also been released via Mr. Strange's previous band 'The Shanklin Freak Show' but was withdrawn shortly after release. The album was officially released by Mr. Strange in October 2011.

2003-2008. THE SHANKLIN FREAK SHOW - ACT II
The Shanklin Freak Show's first (and most successful album) to date. It has received very positive reviews from critics and sold a little under 1000 copies since it's release.

2010. GLOBAL CITIZEN - NIL BY MOUTH
Once again, Mr. Strange mixed and acted as co-producer on Global Citizen's 2010 album, Nil By Mouth. Released via Honour & Glory records in 2011. Three controversial promo videos have been made to support the album.

2003-2011. THE SHANKLIN FREAK SHOW - WELCOME TO THE SHOW
The prequel to 2008's 'ACT II - The Light Fantastic' - it was released to critical acclaim in January 2011. Welcome To The Show is considered to be the bands best work to date.

2003-2011. MR. STRANGE - FREAKSHOW
A mammoth, 38 track retrospective album chronicling Mr. Strange's songs that they wrote under the 'Shanklin Freak Show' banner. 13 songs are new & unreleased, 4 are new intermissions, and the rest have been rerecorded and / or remixed. Many songs feature new guitar work by 'Shanklin Freak Show' guitarist, Stench. It was released in November 2011.

2013. MR. STRANGE - THE WONDERFUL WORLD OF WEIRD
A concept album chronicling a journey of self discovery through the mind of Mr. Strange. Vastly differing genres and a leaning towards a more progressive style of songwriting make this record stand out in the Mr. Strange catalogue.

2015. MR. STRANGE - THE BIBLE OF ELECTRIC PORNOGRAPHY
After the slightly left of field, progressive leanings of WWoW, Mr. Strange returned in 2015 with a far more accessible, electro-rock steamroller on an album. Filled with dancefloor destroying anthems and heavy LGBT themes, it's loud, uncompromising and catchy as hell.

Although what you are about to hear is a work of fiction, it should nevertheless be played at maximum volume.