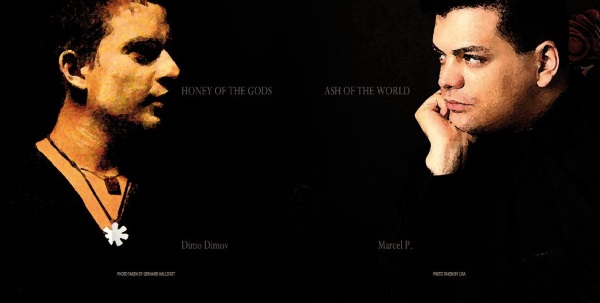 Miel Noir started out as the solo-project of Dimo Dimov. Marcel P. and Gerhard Hallstatt only participated in the avantgardistic photo-session used for the booklet that accompanied the 1st release "Le Cabarét Grotesque" (2007, self-released). The 2nd Miel Noir release “Weiss“ (2008, released by The Eastern Front) was a split-CD with B-MACHINA. The 3rd Miel Noir release was "Der Honigflügel“ (2009, released by The Eastern Front).

The second incarnation of Miel Noir started with the 1st concert appearance on March 30th 2008 in Madrid (Spain). Marcel P. joined as a live-musician. Even though Miel Noir (and Arnica) were late additions to the line-up after Naevus had to cancel and the performance had to be cut short to 3 songs due to problems during the Ostara sound-check, it was the start of “Miel Noir Mk2”. The quote was - on stage - with the intense applause still going: "We are doing this as a band!"