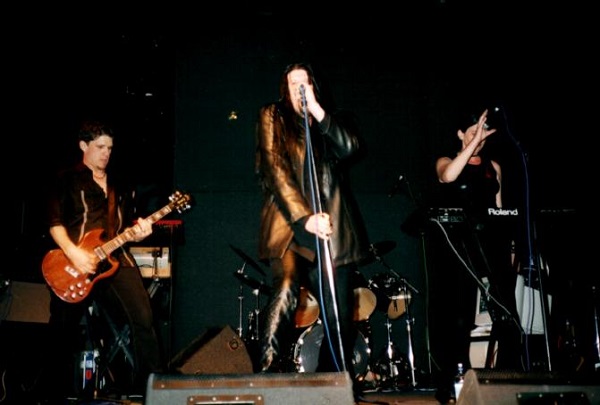 Tauranga, New Zealand concept cyber-darkwave/beat-noir outfit. Formed in early 1999, numb/benign records released The Mercy Cage debut album Wire in January 2000. the bands 2nd album release, Rust: A Fiction - Stories From The Black Room was released on new zealands leading dark-end label Mediatrix in late 2001. A concept album melding a number of musical styles into a cohesive package. A series of successful festival gigs promoting the album throughout New Zealand followed in 2002-2003. Album number 3, the groups first north american domestic release on The DSBP label entitled "Scree: Transmissions" was released in May 2005. once again a conceptual affair on "communication, the media, sex, death & the politics of identity".

"Scree: Transmissions is a record about inter-personal relationships in the digital age. It's about the ascendency of the cult of celebrity, and it's about the search for a deeper meaning in an accelerated culture..."