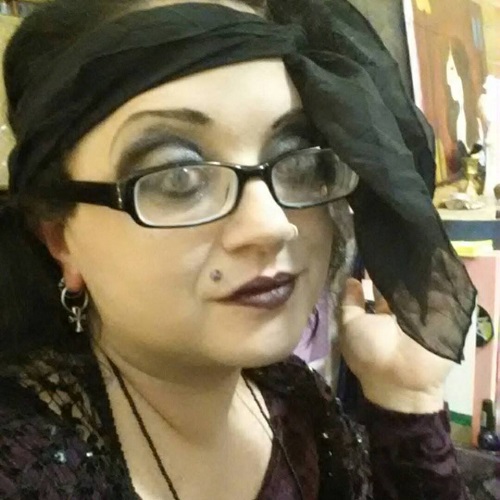 Ruadhán McSpookypants was staff photographer for Resurrection Saturdays at Club Labyrinth in Detroit from 1999 to 2001 (when Brian Necro moved to Los Angeles), and DJ'd New Wave, Gothic, deathrock, and 70s glam at Labrynth (under a different name, pre-transition) with DJ Egore on Fridays from July through November of 2002. He has also DJ'd the Deathrock Divergence in Las Vegas 2003, and has had guest spots in Los Angeles (Dark Bar), Salt Lake City (Sanctuary), Oklahoma City, Mephisto's in Hamtramck, MI, and was a regular substitute/alternate DJ at Direct Hits (Mod/TradSkin night at The Elbow Room in Ypsilanti, MI) in 2008 and '09 and at Black Mass / Owl Cave Sundays (Goth/Industrial/Deathrock/Witch house at MAC's Bar in Lansing, MI) in 2012 and '13.

He had radio training at WCBN-FM Ann Arbor, MI, and is currently on the web-based WFKU.org. He is also in a perpetual process of raising money to launch his own club night in downtown Ann Arbor.