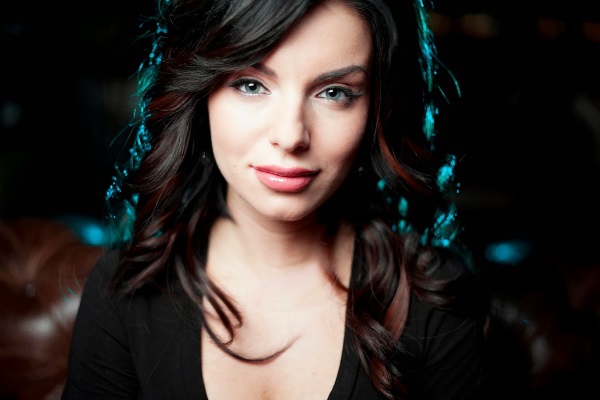 Julia Volkova first appeared on the Russian music scene in late 2000 as one half of the scandalous and often controversial duo t.A.T.u.. Along with singing partner Lena Katina, t.A.T.u. toured Russia and Eastern Europe extensively before securing themselves an international deal with US-based label, Interscope Records. t.A.T.u.’s debut international single All The Things She Said, first released in 2002, was a worldwide hit and sold over 2 million copies. t.A.T.u. went on to achieve sales in excess of 8 million records.

From childhood, Julia had always known she wanted to be a musician. Julia’s parents prompted her to take piano and singing lessons with a neighbour, after being extremely impressed by Julia’s talents, her new teacher encouraged Julia’s parents to enrol her in a music school. After graduating from the music school Julia was successfully cast in the children’s singing group Neposedi. Contrary to popular belief, Julia was not expelled from Neposedi for inappropriate behaviour. Julia graduated from Neposedi after 5 years of lessons, rehearsals and professional concerts. It was during her time in Neposedi that Julia first met Lena Katina.

While Julia was attending music college she was called to a casting session. Impressing the producers with her vocal ability, Julia joined the, as of yet, untitled project. It was at this time that Julia reconnected with fellow Neposedi band member, Lena Katina. Julia and Lena were given many different options for how the project could develop, including different band names. “Our producer played a movie for us called “Show Me Love,” he thought it was a cool idea, so we discussed it and decided “we’ll try it.””

“A lot of young girls and boys around 14 and 15 years old are interested in trying different things, so it was a close feeling to us at the time. I had an experience with a girl and have had crushes on girls before.” It was this image of two young girls in love, fighting against the world, that helped boost t.A.T.u. to worldwide fame. Their first single Ya Soshla S Uma, or “I’ve Lost My Mind” as it translates to in English, became a smash hit in Russia. The video clip showed two teenage girls, kissing in the rain on the school yard, trapped behind a fence while the crowd stared on in disbelief. As it turned out, it wasn’t Julia and Lena that were trapped behind the fence, but the crowd, allowing Julia and Lena to walk away freely, hand-in-hand.

This message is still close to Julia’s heart “I’ve always wanted to help people. We got a lot of letters thanking us, that we’d helped them come out, they thought they were crazy that a girl could love a girl, or a boy could love a boy, that they were losing their minds, but we helped them to feel accepted.”

After their success in Russia and Eastern Europe, the band began recording their songs in English. Heading to London, they initially recorded the English versions ofYa Soshla S Uma and Nas Ne Dagoniat, these songs became All The Things She Said and Not Gonna Get Us respectively. Both songs were hugely successful for t.A.T.u. and together the band sold over 5 million copies of their debut album 200km/h In The Wrong Lane, making it the highest selling debut release from a Russian pop act in music history.

t.A.T.u. proved in 2005 that they were no one hit wonder. Their single All About Us topped the charts in Europe and went platinum. t.A.T.u. worked with a number of talented collaborators for their sophomore album, Dangerous and Moving, including Sting, Dave Stewart, Richard Carpenter, Trevor Horn and Bryan Adams.

During 2010 Julia began working in the studio on new music in the style she calls Sex Rock. Julia explains “I’m not going to go from t.A.T.u. style to R&B, I like rock. It’s going to be sexy, electric, but I don’t want to give away all the secrets just yet.”

“I am looking forward to performing and touring the whole world. The live shows will be different from t.A.T.u. all together. It will be me alone and a beautiful show with big screens, each of them will have a little movie. I want the fans to take part in these movies. I want to help them feel a part of something and to be part of my show, to see that they’re travelling around the world with me.”