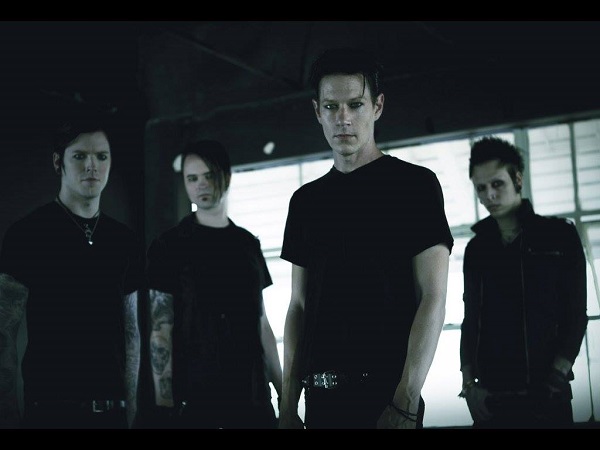 "I decided that this album would be a new beginning for Imperative Reaction,” says Ted Phelps of the band’s upcoming self-titled release. Showcasing an evolved sound that combines the band’s explosive live show with the precise, electronic anthems Imperative Reaction has built its name on; Imperative Reaction is both as much a summation as it is a huge step forward for a band never content to rest on past successes. In Phelps' words: “It is our defining album.”

The change is immediately clear on the forthcoming single, Surface. Grinding, synthesizers merge with a pummeling dance beat that gives way to a huge chorus comprised of a wall of guitar and larger-than-life gang vocals. “Side Effect” opens Imperative Reaction with a groove that builds into an all out dance floor assault. “Song Of The Martyr” and “Time Doesn’t Care” marry crushing electronics with rock guitars and IR's signature vocal hooks, while “Siphon”, with it’s dance beat and sing-song chorus, proves that the band can update its sound without losing its club roots. From the cold beauty of “Torture” to the unbridled anger of “Closure”, melody and aggression interlock and combust throughout Imperative Reaction to form a career defining album.

Ted Phelps founded Imperative Reaction with David Andrecht in 1996. After gaining momentum in the Los Angeles Industrial scene, in 1999, the band released their first album entitled, Eulogy For The Sick Child. The debut was met with critical praise and a growing fan base. Songs like “Scorpio” and “The Longing” quickly found their way onto DJ playlists world-wide.

2002 saw the departure of Andrecht and the release of the sophomore album Ruined. The aggressive album led Phelps to recruit Sam P. and Jason DM of Los Angeles based Pulse Legion to complete the live line-up. Shortly thereafter, the growing band completed its first North American tour.

In 2004 Imperative Reaction unleashed Redemption. This album combined the rock feel of Ruined with a more club friendly sound which helped propel the first single “Giving In To The Change” to become a dance floor staple. Jason DM was replaced on keys by Clint Carney (System Syn, God Module) and the band set out on its second North American tour. The Redemption tour led to an invitation to join VNV Nation as direct support for their 2005 Formation Tour. Over the course of 36 shows Imperative Reaction transformed itself into a celebrated live act in front of over 25,000 fans.

As We Fall , released in 2006, was met with universal acclaim. Imperative Reaction joined EBM legends Covenant on their successful Skyshaper US tour. Shortly thereafter, IR was asked to join VNV Nation on their European Judgment Tour. Upon returning to the US, the band was picked to open for Combichrist on their 2007 North American tour. Further solidifying themselves as one of the premier electronic live acts, IR returned home to Los Angeles just in time to head out with psychobilly giants, Tiger Army on their US Razor’s Kiss Tour. The desire to expand and strengthen the live show led Phelps to hire Trevor Friedrich (Combichrist, Eighteen Visions, Suffer Well) to drum for the band.

In 2008, Imperative Reaction released Minus All and embarked on its most ambitious headlining tour to date. Shortly after the completion of the tour the band added guitarist/keyboardist Adam Vex (Seraphim Shock) and the live chemistry was solidified once and for all.

In 2009, the band took time off from writing to hit the road with fellow Metropolis Records artist, Psyclon Nine. The co-headlining tour, named "The Ruina Tour", saw the bands playing to capacity crowds across the US.

2010 was spent holed up in the studio creating the band’s most ambitious album to date. Imperative Reaction is an electronic rock masterpiece that showcases a band in its prime; ready to blow any preconceived notions out of the water. There is no escape.