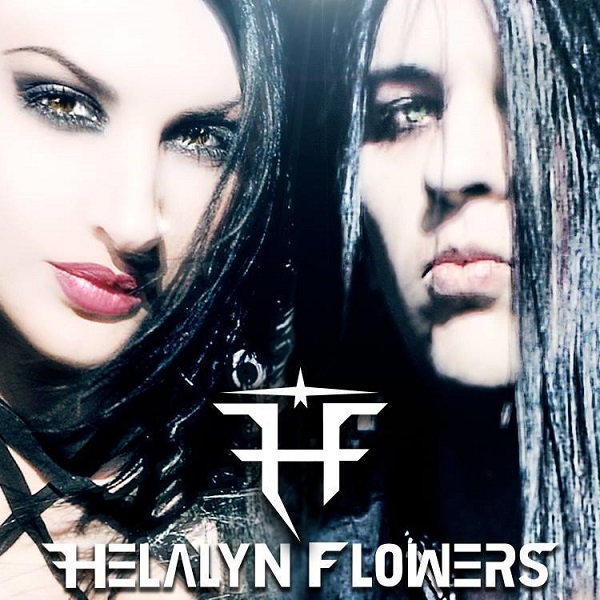 Defined by the press ‘like an orgasm written as music’ Helalyn Flowers are one of the most revolutionary female-fronted acts in the Industrial Rock scene by performing a hugely unique combination of Goth, Metal, Punk and Electro sonorities marked by the outstanding vocal performance of N0emi Aurora, able to cover a wide stylistic range, from Pop/ Rock, Metal to even operatic soprano and madrigal and whom voice has been often compared to great singers like BJORK, SHIRLEY MANSON or AMY LEE.

Raising from the electric suburbs of Rome, they shake the underground scene in 2006 with the singles “E-race Generation” and “Voices” which let’ em become one of the most explosive bands on Myspace and Vampirefreaks. This leads Helalyn Flowers to worldwide consents, including European major press, like Orkus, Sonic Seducer, Flash and Rock Sound UK as well as to the contract deal with Belgian indie label Alfa Matrix which released so far debut-album “A Voluntary Coincidence” (2007) and the surprising follow-up “Stitches of Eden” (2010) which let the band gain the status of “to the top of the scene” by :Ritual: Magazine in 2010. Also the same mag will acclaim Helalyn Flowers as one of the most important Italian acts in the contemporary scene.

After having shared European stages with Emilie Autumn, Das Ich, Gohtminister, Neon, Ataraxia, Theatres Des Vampires and Attrition UK, the Italian Metallic Electro Rock duo strikes back with the eagerly awaited third full length record “White Me In Black Me Out”, which might be seen as their darkest release ever.

This third LP remarked Helalyn Flowers as an absolute cult-band and many acclaimed the album as one of the most beautiful of 2013.

Celebrating their 10th Anniversary of music invasion, Helalyn Flowers announced their 4th full length release ‘Sonic Foundation’, which will be released on 2016 for the Belgian electro/industrial music label Alfa Matrix.